About 25 YTI members met at the Friends Meeting House in York on Saturday, 23 June 2012 for the Annual General Meeting and a presentation of the new ITI/CIOL Rates and Salaries Survey by Alan Wheatley, former General Secretary of ITI and member of the working party involved in the survey.

The day began with coffee and the opportunity to network with colleagues again. In his presentation, Alan Wheatley highlighted some of the key findings of the 2011 survey and compared them with findings from previous surveys. The Institute of Linguists (IOL, as it had been then) had previously produced a survey in 1999 that had been followed in 2001 by ITI’s survey. Alan mentioned that considerable discussions had taken place between the two organisations in order to align previous methods used for collecting data and to define a jointly agreed set of 60 questions.

In particular, Alan mentioned freelance translators’ age ranges, with the largest component being between 40 and 59, suggesting that freelance translation may be a profession taken up more in later life. Since 2001 there had been an increase in the use of CAT tools but although these tools increased the number of words translated their contribution to raising annual income appeared to be marginal. Business websites were also a growing area but were not yet used by all translators. Translators’ workload had increased compared to the previous surveys with the majority of work coming through translation companies, although the margin of direct clients had increased. This was perhaps due to translators’ marketing skills which still appeared to be area for improvement. Annual income had only increased fairly marginally and rates appeared to be stagnating but there was potential for raising income by specialization. In conclusion, the findings appeared to show that while income was rather stable, workload was likely to increase so the outlook was quite favourable.

After a lively lunch at Plonkers Wine Bar (with the flooding River Ouse at the end of the road!), the AGM took place from 2.30 to 4.30 pm. The minutes of the meeting will be available in due course. In particular, a very warm thank you for all their help in running YTI was given to two departing Committee members Debbie Elliott and Alison O’Neill, and Sabine Horner and Caroline Hirst were voted in as the two members to replace them.

Heading along the coast to Kettleness

Given the preceding week’s atrocious weather, it was with some trepidation that twelve YTI members and friends met on Saturday 14th July in the breezy car park at Sandsend, just outside Whitby. Local resident and YTI member Caroline Hirst had kindly planned and tried out two possible walks and we decided that the one along a section of the Cleveland Way to Kettleness and back would be the most varied. After some of us succumbed to the temptations of coffee and brownies, we set off up the path, quickly gaining some height and being rewarded with great views in both directions along the coast. 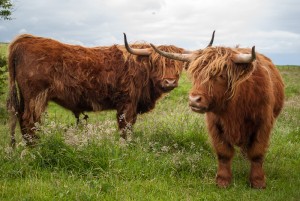 We even encountered some Highland cattle along the way!

Reaching Kettleness, we ate our packed lunches and continued the convivial conversations we had all been enjoying as we walked. After lunch, we headed back along country lanes to Sandsend, finishing the afternoon with a visit to the pub for a well-deserved pint/gin and tonic/glass of wine/cup of coffee. Despite some clouds, our fears of rain were unfounded and we all enjoyed a welcome break away from our computer screens. 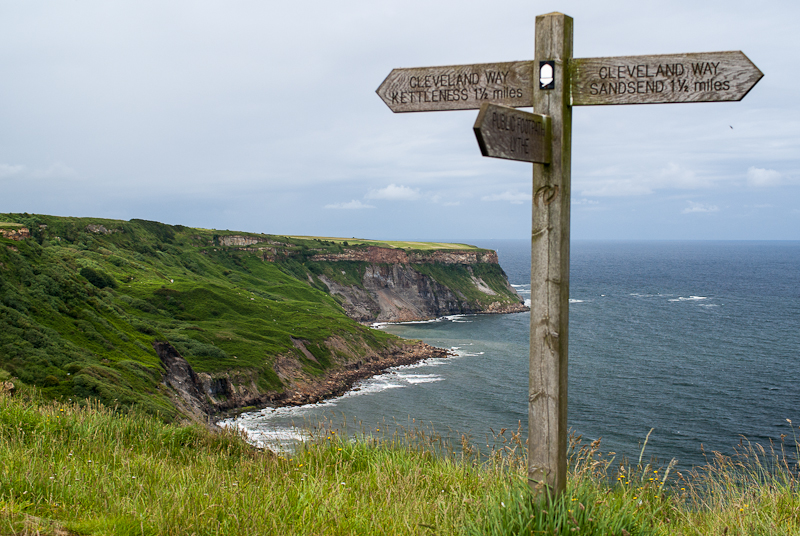 View from the Cleveland Way