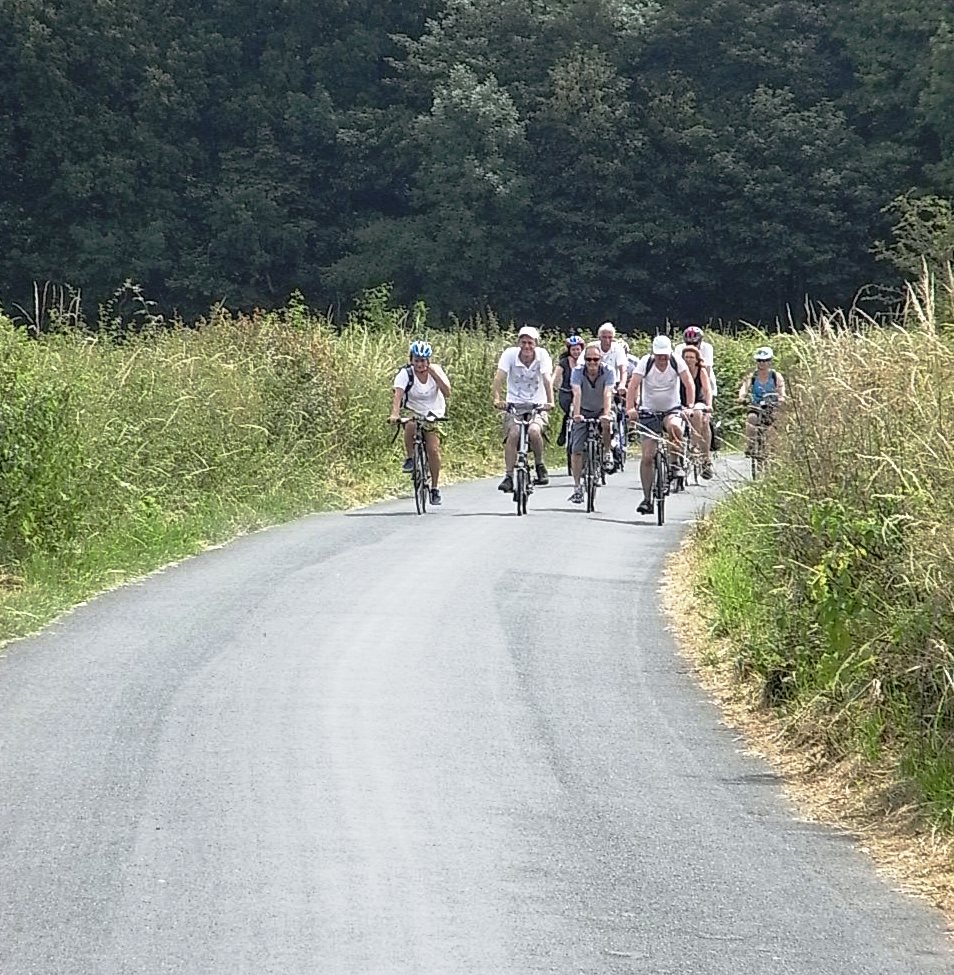 We swooned on our bikes, all twelve of us,
loose clumps of humanity
breathing in the breeze
around the plains of York!

Our wholesome courage (get up and go!)
and passion (keep on riding)
whizzing around the hazy fields
of hay-bleached grass and sparkling greens
well-kept wildernesses
along those quiet, country roads.

With shining rays and solar breeze
around we went… It was a tease.

In gorgeous, garish gear
we strutted on our bikes
so free – it was a dream.

And soon the drinks did beckon
as tired legs and aching jaws,
did move on for a rest.
In the garden of The Shoulder of Mutton we sat.
Then lunch did loom inside –
the fish and chips were mine.

From Appleton Roebuck did we ride, agreed and free!

So on the road again
a few bikes wobbled, a few just ran –
there was a finish line.
And oh … it was so grand, le grand départ.
On and on the road did gleam,
in a silent destiny, veering outwards
along the hard, chipped, Roman soldiers’ march.

And back to York we roamed,
heading in, heading out
determined to get round.
Then home again was called.

A golden sun lit up the dusk –
swooning and laughing:
Twas indeed a hoot!” 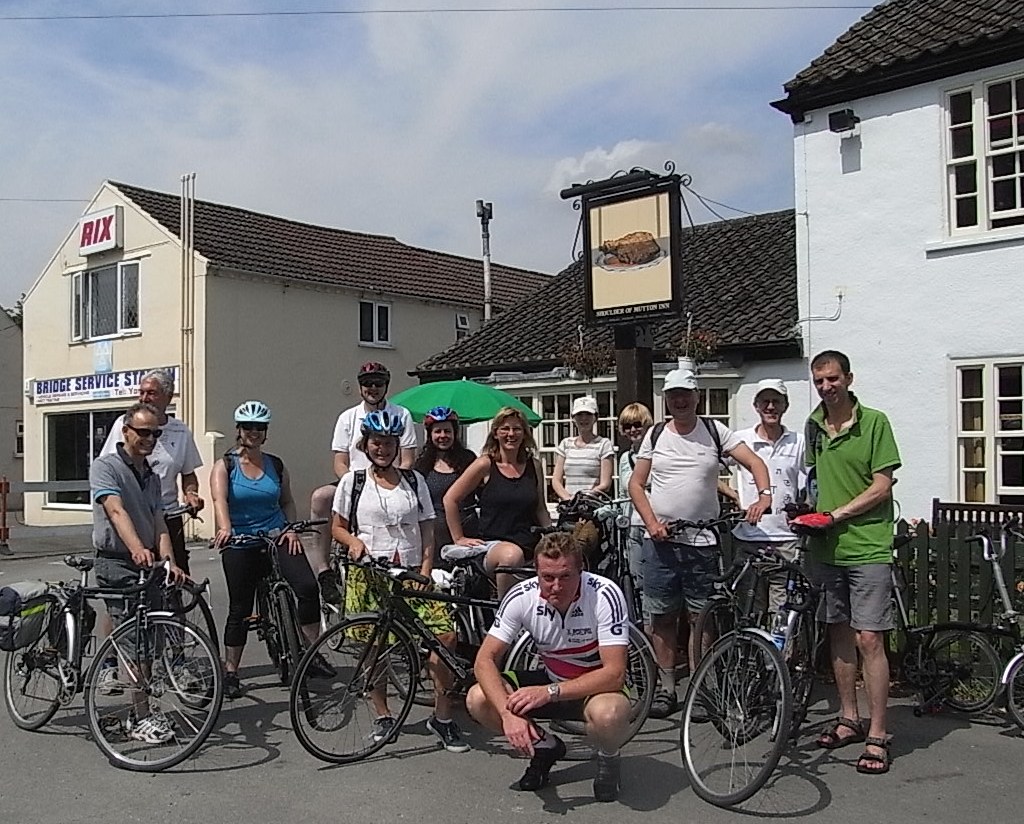 As a relatively new member of YTI who has only been to one social so far, I was very keen to attend this evening. I’ve heard about the London “Meet the Client” events in the ITI Bulletin and my first AGM would give me more of an insight into how the network functions. After a hot drink to recover from the foul weather outside, we began by hearing from representatives of four language service providers – Andiamo!, Lifeline Language Services, AST and Alexika – who each had a slot of about eight minutes. 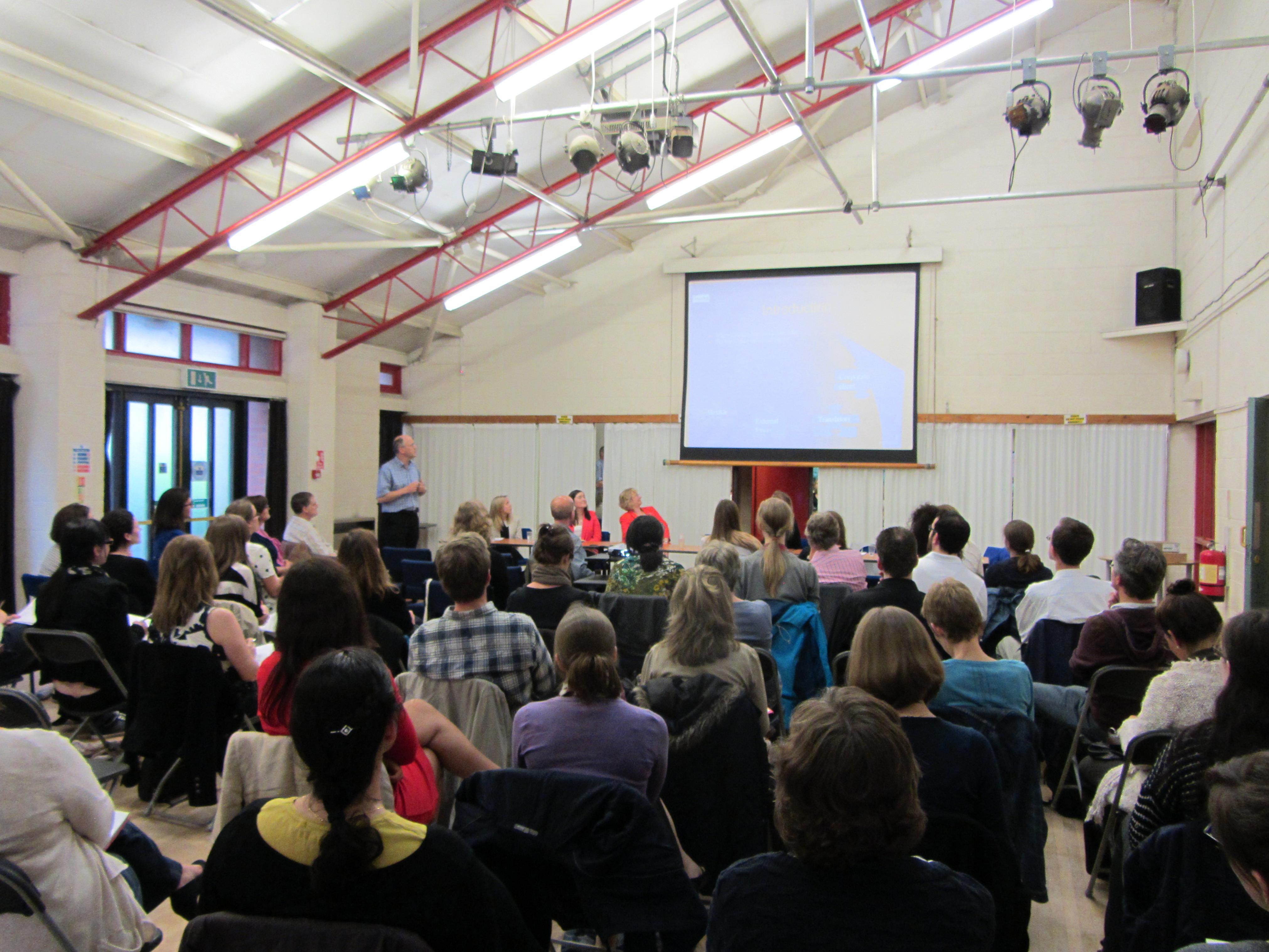 These presentations covered project management, interpreting, insights into their recruitment processes as well as thoughts on what to include in a CV (such as your rates and CAT tools) and whether they ask for references and test translations, paid or unpaid. We then had plenty of time to ask questions, which gave rise to a lively discussion on topics such as proofreading, freelancer applications and the merits of having AITI or MITI after your name. Hopefully, both the audience and the speakers came away with plenty to think about. From a personal perspective, it was heartening to know that becoming a member of ITI does carry some weight with the majority of companies.

After refuelling with a buffet (and delicious cake!), we then moved on to the AGM. We began by hearing reports from the coordinator, treasurer, membership secretary and social media secretary, with the welcome news that membership has grown significantly in recent months, particularly due to efforts to promote the network to students. We then thanked Catherine Hawkes for all her hard work over the past year and welcomed Mike Scott as the new social media secretary. A few formalities were completed with ease and we were provided with a list of forthcoming CPD events, which all sound very interesting. While most people headed straight home, a few of us decamped to the pub for a quick drink before braving the rain once more.