12 May 2015 – St Peter’s School, York
In Spanish with English subtitles

Being a huge Shakespeare’s fan, when I read about this play, I thought it would be a great opportunity to see a different interpretation of Hamlet and in Spanish also! And with puppets too? It seemed more and more intriguing.

The story is pretty straightforward. A troubled young man, Max, an embarrassing mother, a naive young girl, and a man, dressed in the uniform of a lunatic asylum, who looks like and could be a psychotherapist.

The play is all about a young man, Max, who has been forced to live in the lunatic asylum. His father is dead and his mother has married his uncle. Profoundly traumatized by the events of his past, Max thinks he is Hamlet, Shakespeare’s tragic character, and hides and lives inside a wardrobe in his asylum room.

But nothing is what it seems. Soon you realize that the real Max is actually the man in the uniform – not the puppet – and that, because of his intense pain, he has created an imaginary world for himself using puppets and reflecting Hamlet’s universe. Day after day, he reimagines his life: to be a producer, to be a puppeteer encouraging and controlling the nightmares that haunt him.

Max, in search of an identity, wants to be Hamlet. Shakespeare will have to make his decisions for him and free him from his painful prison. Via therapeutic consultation with his puppets, Max loses himself and gets sucked into Hamlet’s tragic fate. Frantically he tries to control his life with his daily puppet plays. But this is a puppet play with fatal consequences. 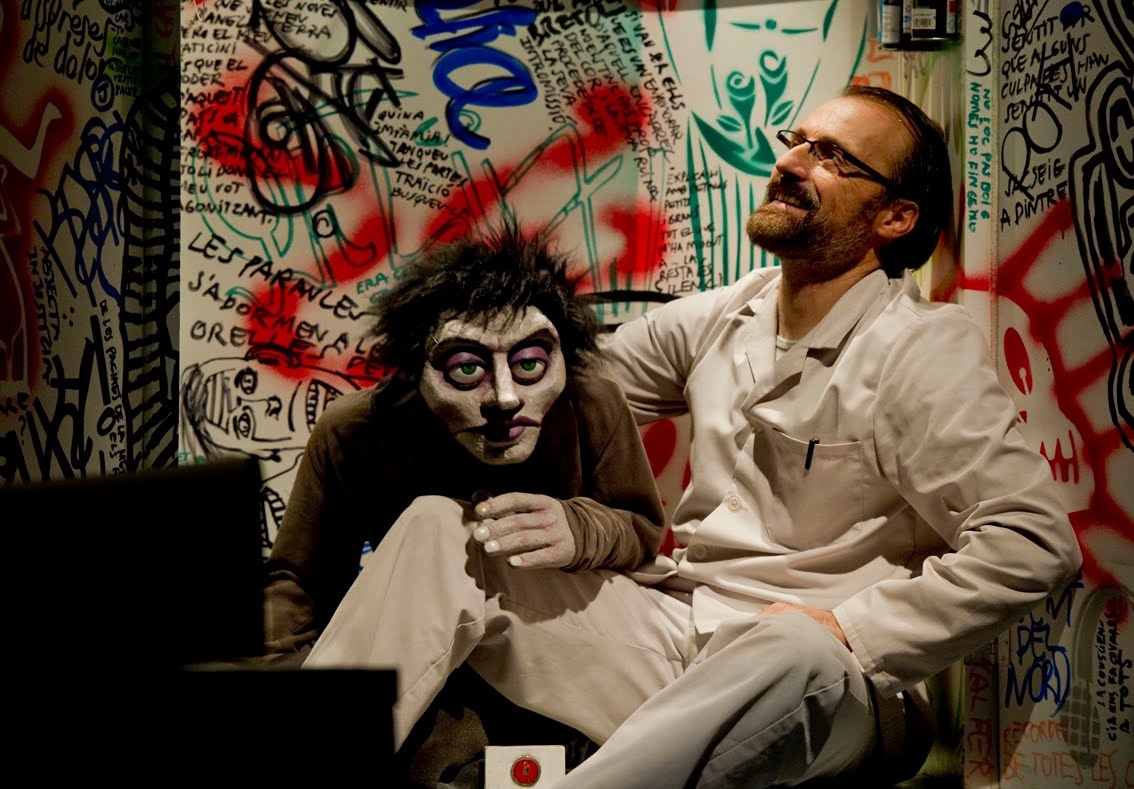 Catalan actor and puppeteer Miquel Gallardo played all of the four roles (Max/Hamlet, Max the puppet, the mother/Gertrude and the young woman/Ophelia) with great dexterity and intensity. The music, lights and background videos added extra movement and life to the show. The overhead projections of the English subtitles were easy to follow and very helpful and, although I it was rather absurd, I actually cannot find any real fault. Nevertheless at the end of the play I felt a bit lost for words and, although it was an interesting experience, it was really surreal. Maybe that’s was exactly the reaction that Gallardo wanted his audience to have, who knows?