“This film has been chosen partly because we thought people were more likely to attend a film on a dreary November afternoon than to sally forth on a dank November evening in the week,” began Charlotte Couchman when she emailed about this event.

When the day arrived, it was a darn sight drearier than Charlotte had even imagined. And so it was with some effort that I pulled myself away from a day indoors with the heating cranked up, and out into the lashing rain to catch the train to Leeds.

Now, it was only a cinema trip, so not exactly an Outward Bound adventure, I know; but the reason I mention the conditions is that the film turned out to be one that invites reflection on the value of watching films, and the sacrifices made to watch them. While I may have forced myself out of the house, Chuck Norris Vs Communism made me think again once I saw the lengths Romanians had gone to in the 1980s for the chance to see anything at all.

In introducing the choice of film from the festival programme, Charlotte went on to say “…primarily because it actually features a translator!” Which was the element that brought the most joy and intrigue to the film, especially for our party.

Irina Nistor worked as a translator on Romanian state television’s censorship board during Nicolae Ceaușescu’s dictatorship. She spent her days translating foreign television material for her fellow board members. By this point in time the government had limited television to an hour of broadcasting a day, and so the portion of material that made it through to be screened by the censorship board was already necessarily slim.

One day, a colleague stopped Irina in the corridor and asked her if she’d be interested in translating some “videos” for a project he was running.

“Videos?” she asks, at once wary, but her interest piqued.

A dangerous but enthralling opportunity lies ahead for Irina: the chance to watch thousands of banned foreign movies. At the house of her colleague, Teodor Zamfir, she is shown to the basement where he’s running a black-market operation in smuggled VHS tapes. Irina is employed to watch the tapes, simultaneously dubbing the dialogue with apparently no rehearsal, script or notes, and no retakes. Not only had she never seen these films before, but when she started she had never seen anything like them in her life.

“[…] She still managed to fit in asides to give her listeners extra info about how characters were reacting to certain situations, which was pretty impressive,” Mike Scott commented later to our group. “Also the sheer volume of videos that she got through was staggering, I thought. It must have been really tiring work.”

We see interviews with those who remember the famous video nights, held at the flat of a neighbour who would charge entry, and re-enactments of scenes. This combination provides an enigmatic backdrop against which we watch the story unfold: the authorities catch on about the illegal trade, but Zamfir appeases them with a bribe of unlimited videos for their personal delectation. Over time, the videos instil desire in the Romanian people which helps fuel the 1989 revolution.

Irina’s role was key in helping to translate Western concepts, and the interviews reveal the sacred place she holds in many people’s hearts to this day. She translated everything, female and male roles alike, putting a fair deal of expression into her interpretation. At one point we see a new, male translator introduced to the operation. Irina acts indifferently towards his presence; the interviewees recall the jolt that such a change brought, and talk about how films dubbed by anyone but Irina were missing something and somehow not quite right.

And yet, to a certain extent all people needed were the images. The interviewees talk about the effect caused by seeing Lamborghinis – or indeed simply such a range of cars, no matter their status – palatial houses, bountiful food supplies, or imposing cityscapes.

Of course, the vast majority of the smuggled films were not only of poor recorded quality, but were what we may refer to as Hollywood trash. But seeing how much such films meant to these people made me feel guilty for shunning them. For a minute or so after watching the film I resolved to watch more Chuck Norris movies. Then I came to my senses and moderated my resolution to: I must value my freedom, and not hesitate to venture out to watch horizon-expanding documentaries, whatever the weather. 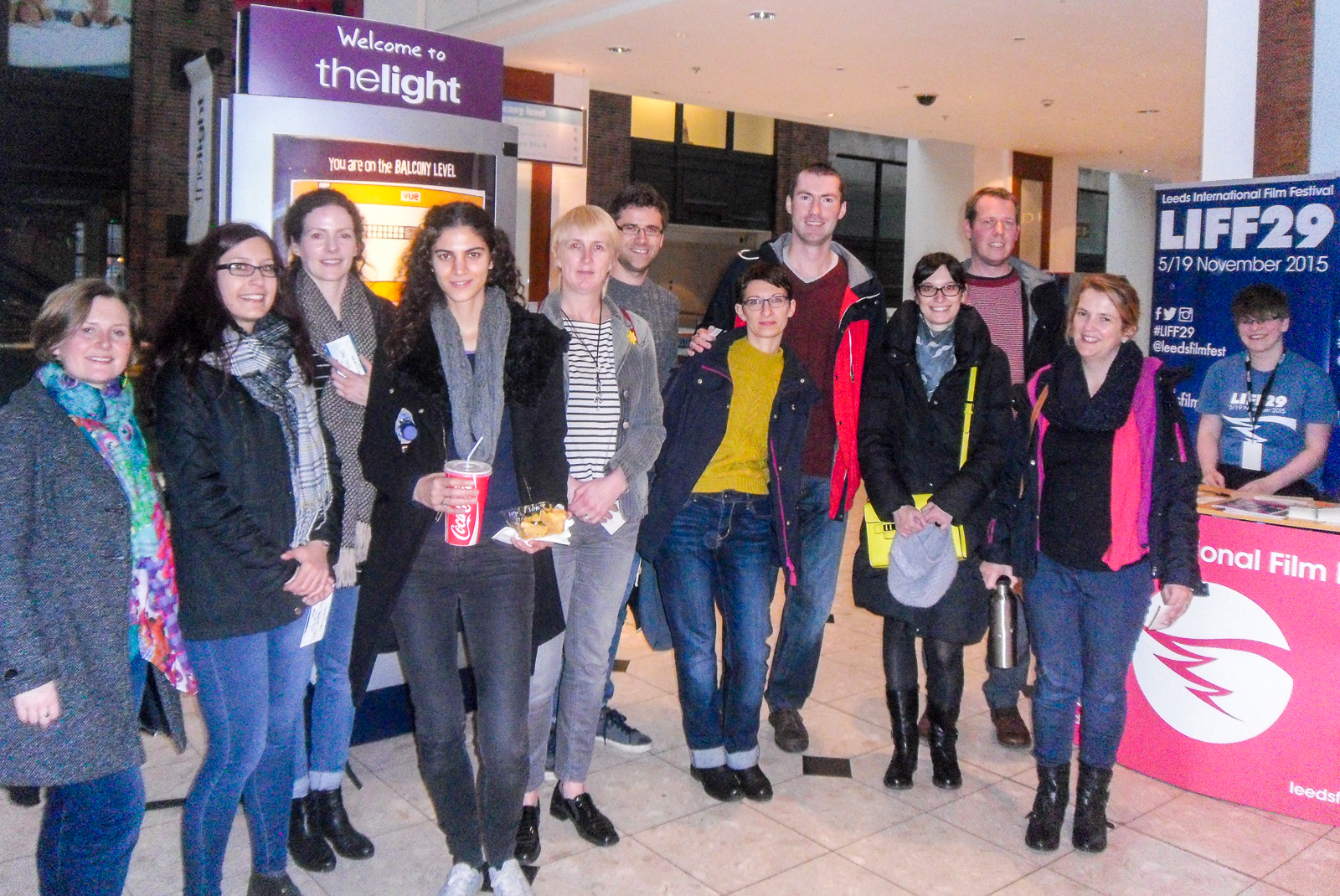 There’s also a lesson in the film for translators – about perfectionism, broadening your horizons and not feeling constrained by what you feel’s within your scope. I know that most of us felt a connection with Irina both as a young woman portrayed by Ana Maria Moldovan, and at the end of the film when the real Irina makes an appearance. We have decided she might like to know that a group of translators was inspired to go to see her story, so we’re sending her our photo (above).

On Friday 16 October, YTI held its third internationally themed pub quiz in the upstairs room (newly decorated and reorganised) of The Yorkshire Terrier, in central York. The event proved so popular that we had to start a waiting list and turn several potential attenders away, so we are on the lookout for a bigger venue for next year. Any suggestions?

Catherine Greensmith was once again the Quiz Mistress, but she had a new twist up her sleeve this year – a tasting round. The quiz started on time at 7.15 pm, and we worked through several rounds of questions, including the tasting round, which involved tasting different flavours of Pringles and different types of chocolate. Answering the associated questions was not as easy as it sounds. At the end of the first half, scores were very much of a muchness.

After a delicious chilli (not as incandescently hot as last year, but still quite spicy), we moved onto round two, and then to the final scoring. Some of the questions were fiendish (for instance, what order of nuns did Teresa of Avila belong to? Not St. Trinians, it turned out, but the Carmelites). The Yorkshire Frogs won the evening and were pleased to accept a very large box of Ferrero Rocher, which were distributed around the room before the rest were finished off by the winners.

A really fun evening was had by all.