After a week of slightly crazy weather, it is fair to say that I was a little apprehensive for the walk as I had visions of us blowing around in blizzards on top of the hills. Instead, Saturday morning turned out to be a lovely day weather-wise and “we couldn’t have asked for a better day” was the general feeling among the happy YTI walkers.

I arrived a bit late at Menston train station and spotted the YTI walkers immediately as they stood in a circle of waterproof layers looking ready and raring to go. After collecting Carmen off the delayed train, we set off. Well, sort of. We set off in search of toilets, which, as we found out, are relatively hard to come by in Menston.

After a visit to the church hall’s toilets, we were really off this time. We ambled through Menston and eventually worked our way off the beaten track where we were overtaken by some keen looking runners. Kerry wowed us and revealed that she had in fact run parts of the route beforehand – I for one was very impressed.

The cold weather had done us a favour and had hardened the ground which otherwise would have been boggy and messy. However, we soon reached a farm and seasoned YTI walkers had flashbacks to ‘cowgate’ on a previous walk. It was here where we realised that perhaps the cold weather conditions weren’t working in our favour after all, as we were faced with a steep, icy slope that was the farm’s driveway but that more closely resembled a luge run (or is it skeleton? We never did work out the difference but decided you’d be mad to try either). Fearless in the face of danger, the YTI walkers traversed the icy slope and continued to follow in Kerry’s footsteps.

The walk started to climb up the hills and we were faced with fantastic views at the top. We held onto our hats as the wind picked up and remarked at what a great day it had turned out to be for a walk. On the other side of the hills, the ‘waterproofed warriors’ proved that teamwork makes the dream work as we encountered a small stream to be crossed. With the rocks being slippery from all the ice, it was tense. But no translator was left behind and we all managed to cross upright and with dry feet. On the other side, we noticed something beautiful which can only be described as Narnia-style grass. Luckily, Paul managed to take some pictures. 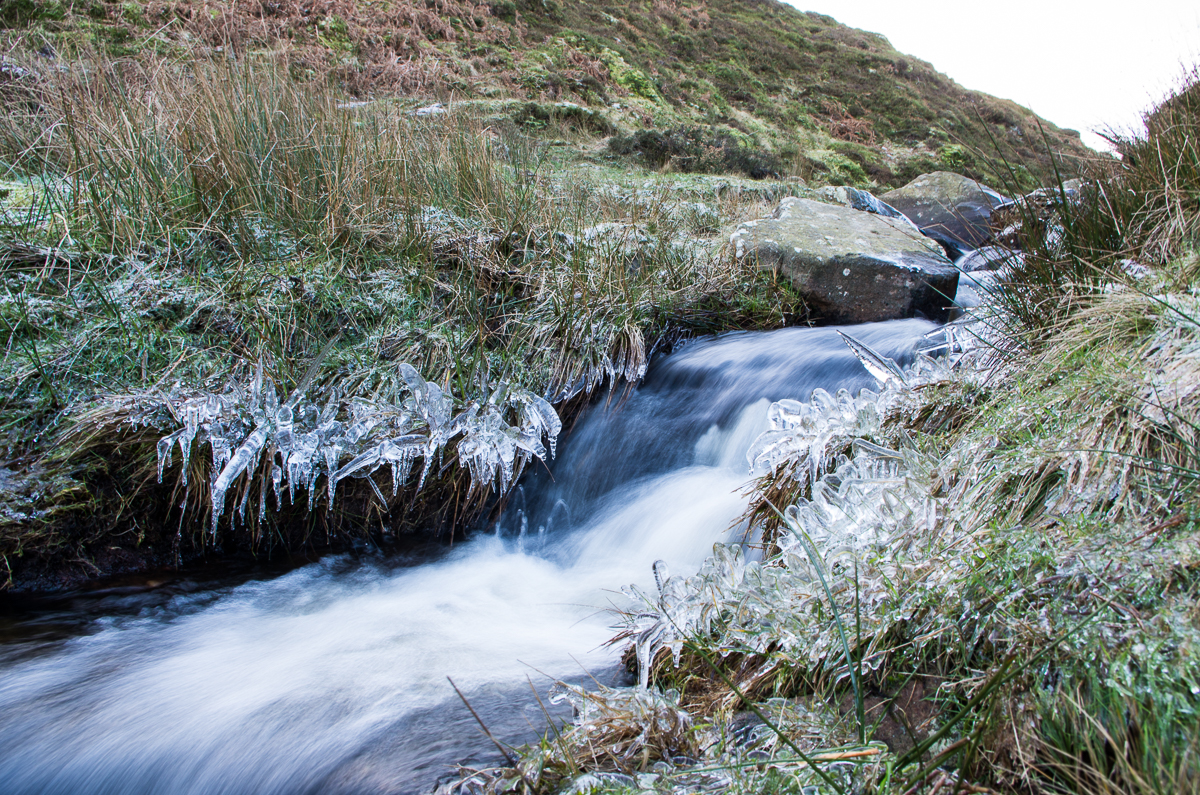 A perfect stop for a pit stop presented itself and we regained our strength by way of coffee and biscuits. After the dramas with slippery slopes and raging rivers, we celebrated our achievements with a team photo and set off in search of more Winter Walk adventures. 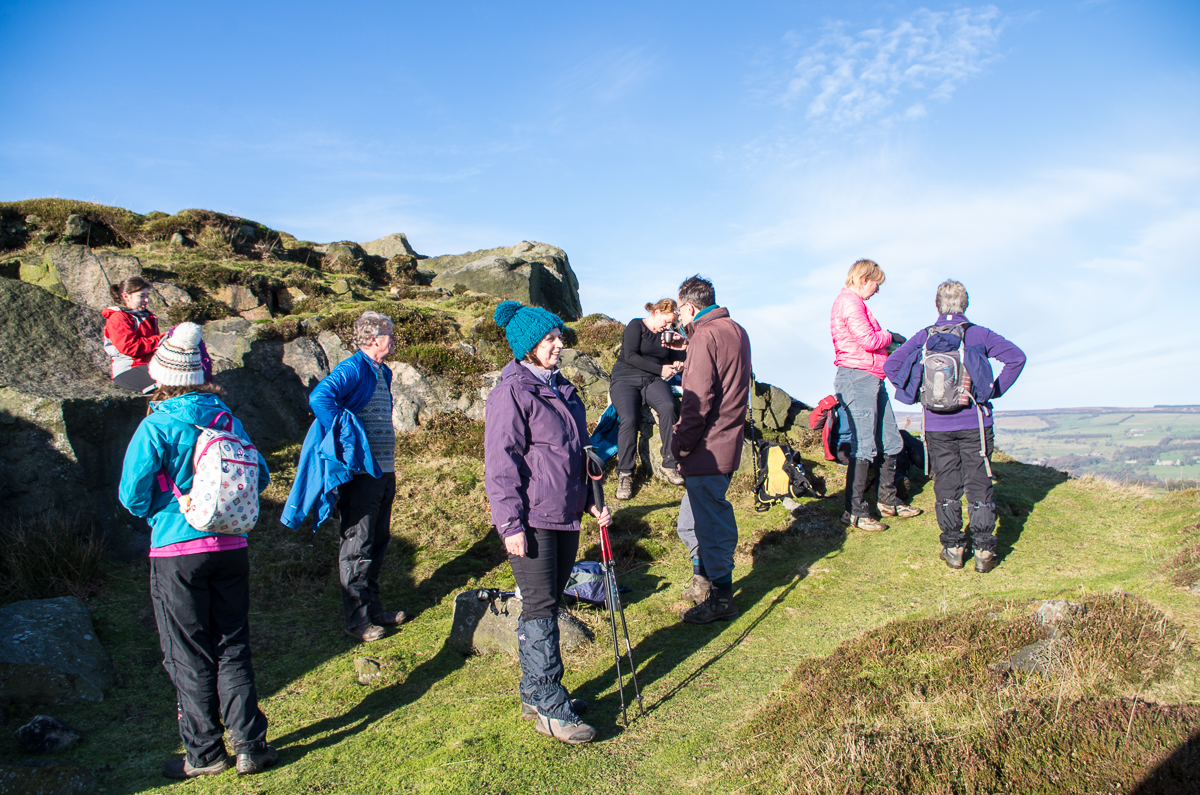 As a relatively new member of the YTI, and also a new member of the translating community in general, I found it particularly interesting hearing the topics of conversation throughout the walk. There was much discussion of future YTI events with the Voice Recognition Software Talk being hot on people’s tongues. I also found it interesting hearing about people’s views on different CAT tools, especially since the only knowledge I have on them is that they exist. The best part of the walk for me, however, was the opportunity to walk alongside fellow translators and to get to know them, whether it be how they work, what YTI events they are looking forward to, or their personal interests. 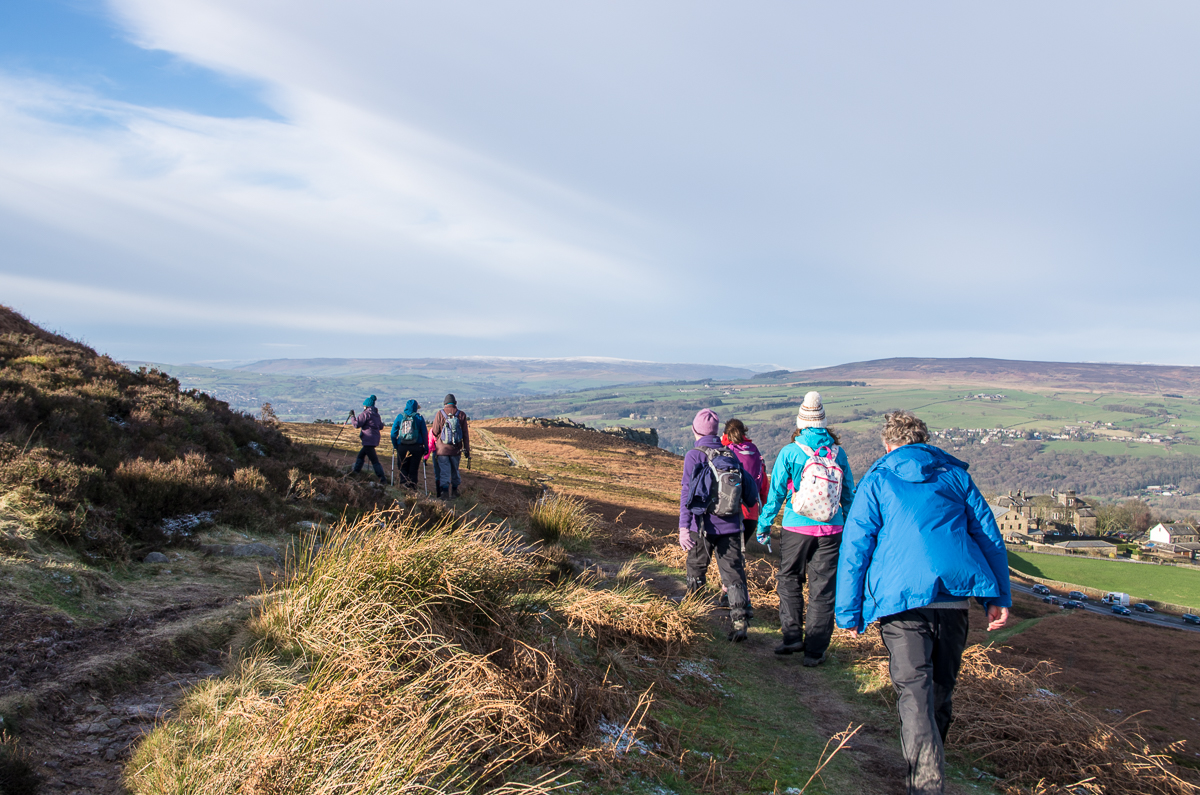 Our second pit stop was a tiny café at the top of yet another hill, also with fantastic views. By this time, we had established that we probably had had the best part of the day as the clouds started to draw in, however it did stay dry. There was a hubbub as we approached the café, as we discussed what homemade goods we would purchase; the flapjack emerged as the clear favourite. Kerry was first to order and snaffled the last flapjack, but we didn’t mind as she had led us on such a fantastic walk, and we didn’t get lost once – thank you Kerry. For me, a slab of ginger cake the size of your doorstep and a hot chocolate (complete with marshmallows) were what the doctor ordered and they saw me down to the pub at the end of the day.

We lost a few of the crew when we reached Ilkley, however the majority of us found refuge in the Flying Duck where more translators made up the numbers. Half a pint later and it was time for me to be heading off. On behalf of everyone who traipsed after Kerry that day, I would like to say a huge thank you to her for devising a wonderful route and to Charlotte for organising us all. I had a fantastic time and am already looking forward to the summer walk! 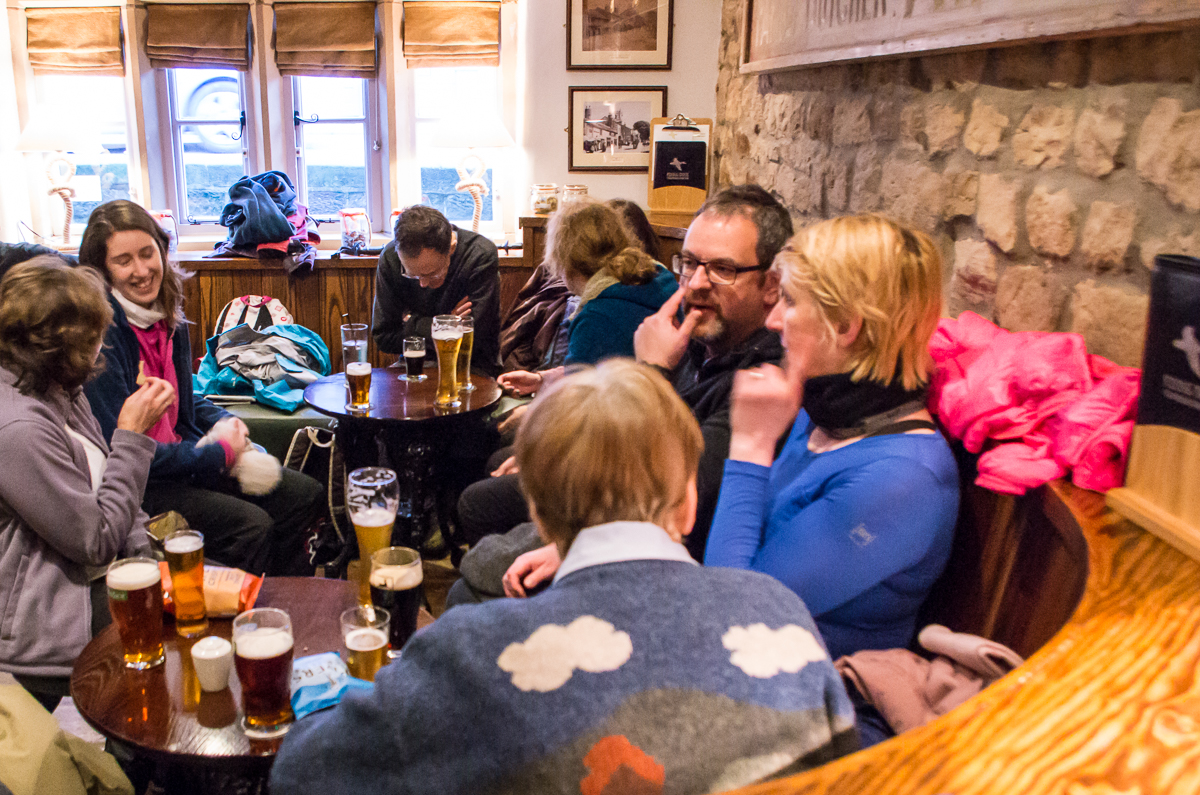