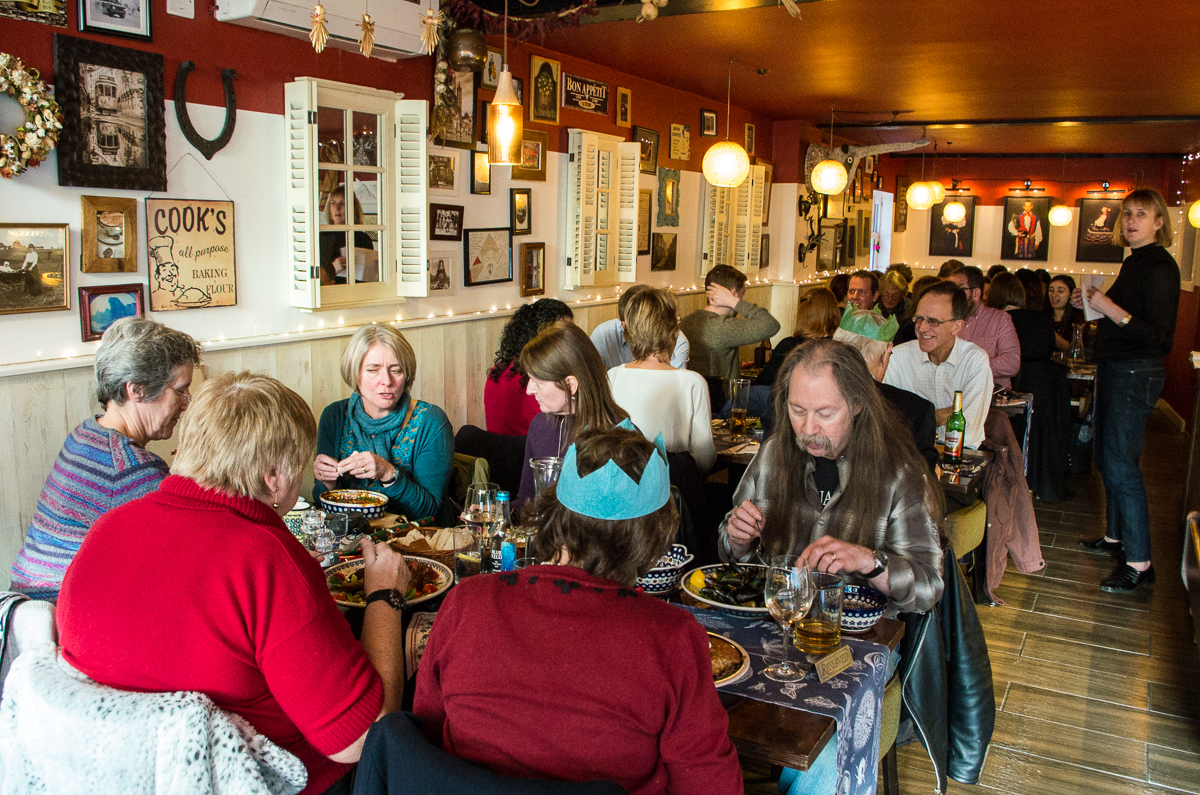 As a newcomer to YTI, I was a bit hesitant about joining the Christmas lunch in case everyone else knew everyone else already and just wanted to renew old acquaintances.  My concerns were totally unfounded!  I felt warmly welcomed and drawn in.

The venue was Barbakan, a Polish café in York; I must admit that Polish isn’t what normally springs to mind when contemplating a meal out but there I was, wrong again!  The main courses were excellent, succulent and sustaining, and the cakes were to die for!  Definitely worth a visit.

I was well impressed with Kerry and Charlottes’s organisational prowess in keeping track who had pre-ordered what, with the help of an Excel spreadsheet (is this a professional spill-over?) and the restaurant staff were great and everything ran smoothly.

The best part, of course, was the conversation which was eclectic, but always interesting and often downright useful.  We covered currency issues, concordances, curry recipes and so much more. As at most gatherings worth their salt there was an exchange of business cards and recipes.  If anyone else would like my recipe for Beorijch (Armenian black-eyed bean and nut stew) just let me know….. (barbara.hull@btinternet.com) 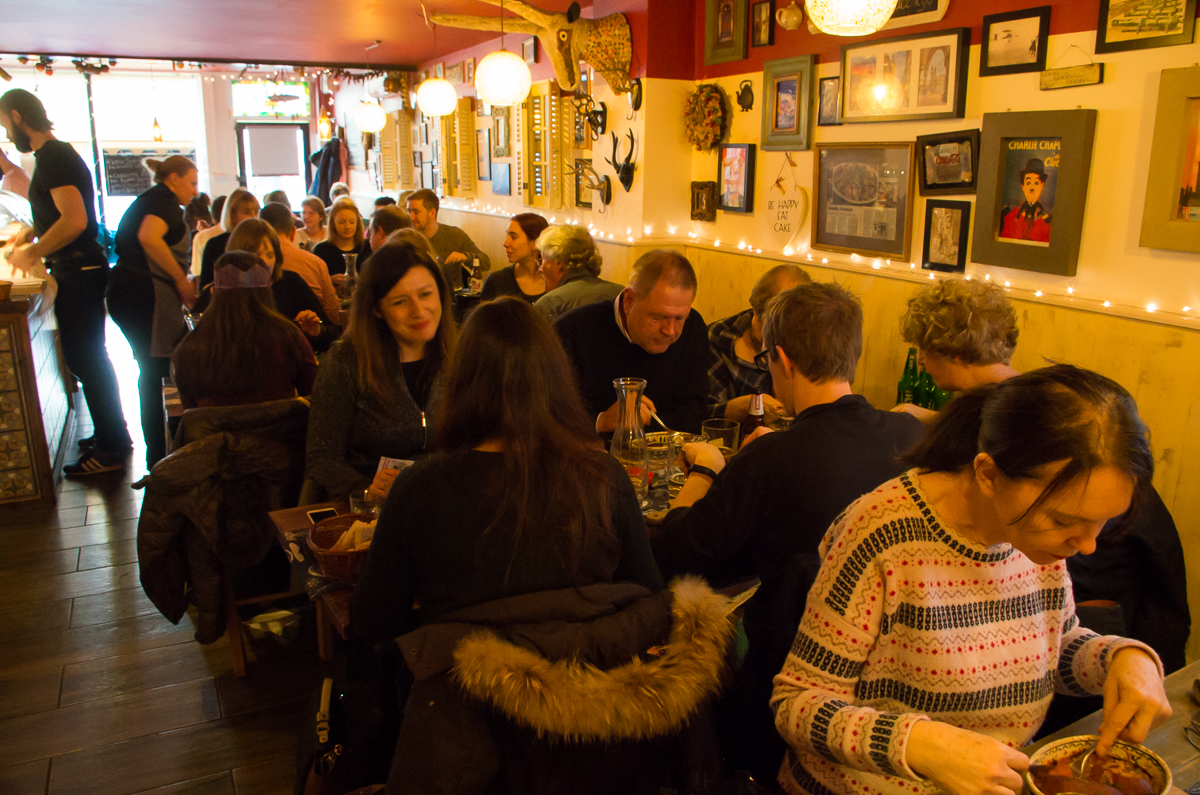 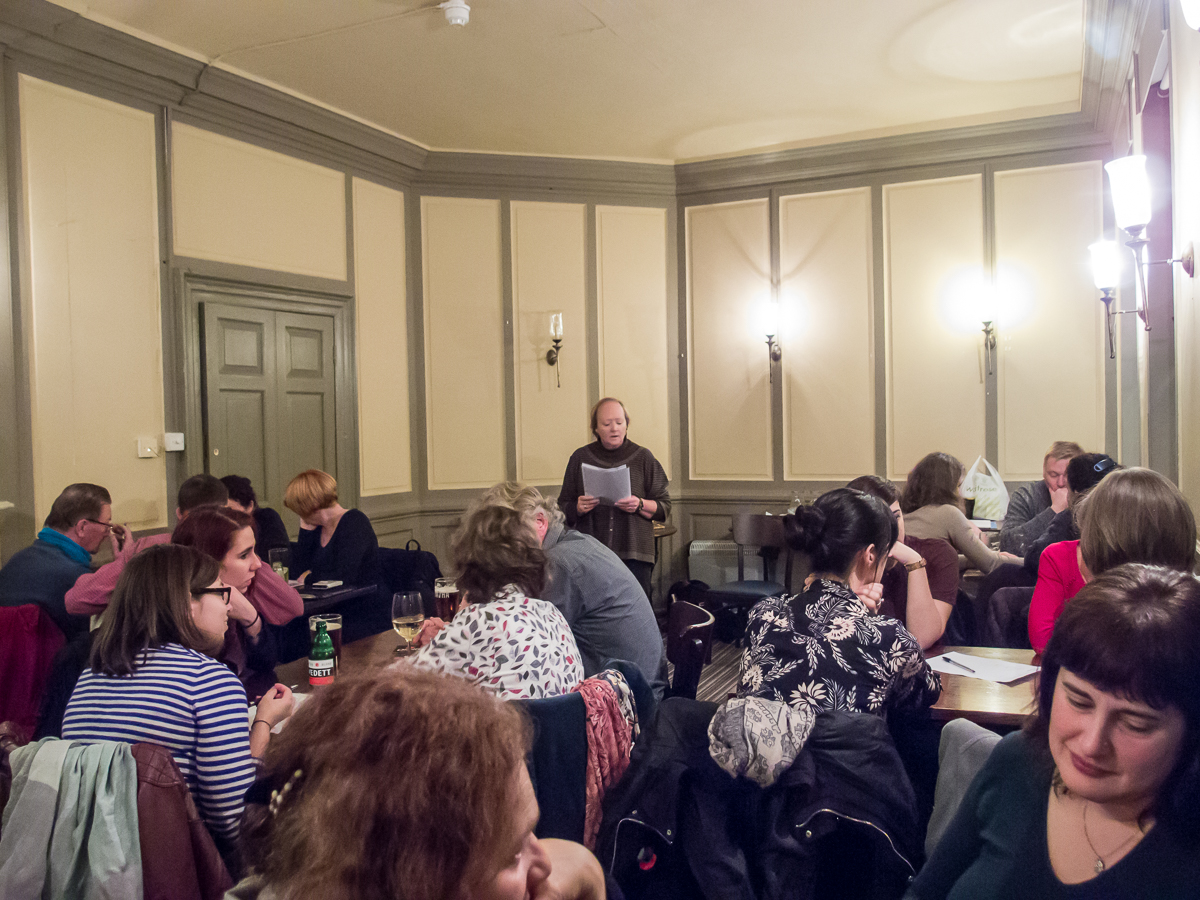 A sizeable crowd attended YTI’s annual quiz at Brigantes on Friday 11th November, where Catherine Greensmith once again put our brains to the test.  The upstairs meeting room offered a comfortable space to mingle, although the historic staircase with its amusing variety of step heights and depths offered an additional challenge to the quiz and quite possibly put some of us off from drinking.

Catherine opened the quiz with twenty general knowledge questions ranging in difficulty, and heads were scratched or pens gnawed over the problem of which female musician released an album called “Music”, or what was the name of Long John Silver’s parrot.  My ignorance of the latter annoyed me so much I had to read the book straight away afterwards – so thank you Catherine for the motivation to get it off the list and actually read it!

Six teams of four or so competed, and in the first round the results were close with only three points between the leading and the trailing teams.  And then we broke for food, with a generous spread of sandwiches and other finger food, more drinks and a lot of chatter.

The second round was rather unusual, because Catherine had brought packs of savoury biscuits and cordials for all the teams to try and identify, and this caused some dispute – albeit (ahem) cordial.  Finally, the second round wrapped up with a dozen questions including multiple choice, true/false, and the nearest answer (or guess, in our case).

The results came in, and Los Paraguayos won and had first dibs of the tempting variety of prizes – each team member was able to pick one item, so there were no difficulties sharing the one bottle of wine.  The second placed teams, Avanti, also got prizes, and then the losing team, Ship(ley) of Fools, were given the final selection.  As a consequence of this prize arrangement, my team, the Pathetic Sharks, are seriously considering altering our tactics to aim for that losing position as we think we have a far better chance of that than winning!  It could be a heated battle between us, the Ship(ley)s and the Hillaries.

A vote of thanks was given to Catherine for her hard work yet again.  With her oversight this quiz looks set to run for years to come.