YTI’s 2017 AGM was held at York’s Quaker Meeting House on Wednesday 5 July, and was followed by a fascinating talk by YTI member Chris Thompson about Phonetics and the Scripts of India.

Twenty-four YTI members gathered at 17:30, grabbed a coffee or tea and biscuits and settled down to discuss the serious stuff. All the committee members with specific roles gave their reports on the year, which had been another very successful one for YTI, with many new members and exciting events. Paul and I stood down from our role as coordinators, and other committee posts were taken on by new people or simply reshuffled. A new committee post was created, Mentoring Secretary, which I shall initially be occupying while I try to get YTI’s mentoring scheme off the ground. The meeting also saw us say thank you to Sabine Horner for her wonderful work as Membership Secretary and to Peter Cummings for his equally excellent work as Treasurer, and the giving out of several very acceptable thank-you gifts! Paul and I are very excited about using our Theatre Vouchers sometime in the not too far distant future.

The meeting finished pretty much on time, at around 18:45. After a mad scramble for more hot drinks and biscuits, we sat down once again to listen to Chris’s talk, which was intriguing and very good fun. He included amusing video clips and several questions for the audience, some of which we proved hopeless at answering, particularly the ones requiring us to distinguish between the many different Indian scripts.

Chris’s talk finished just before 20:00, at which point a few people left. The rest of us tucked into one of the Meeting House’s excellent sandwich buffets – as usual there was far too much food!

Thank you everyone for making 2016-2017 another fabulous membership year and we look forward to more wonderful events now the group is in Kerry and Raquel’s capable hands. 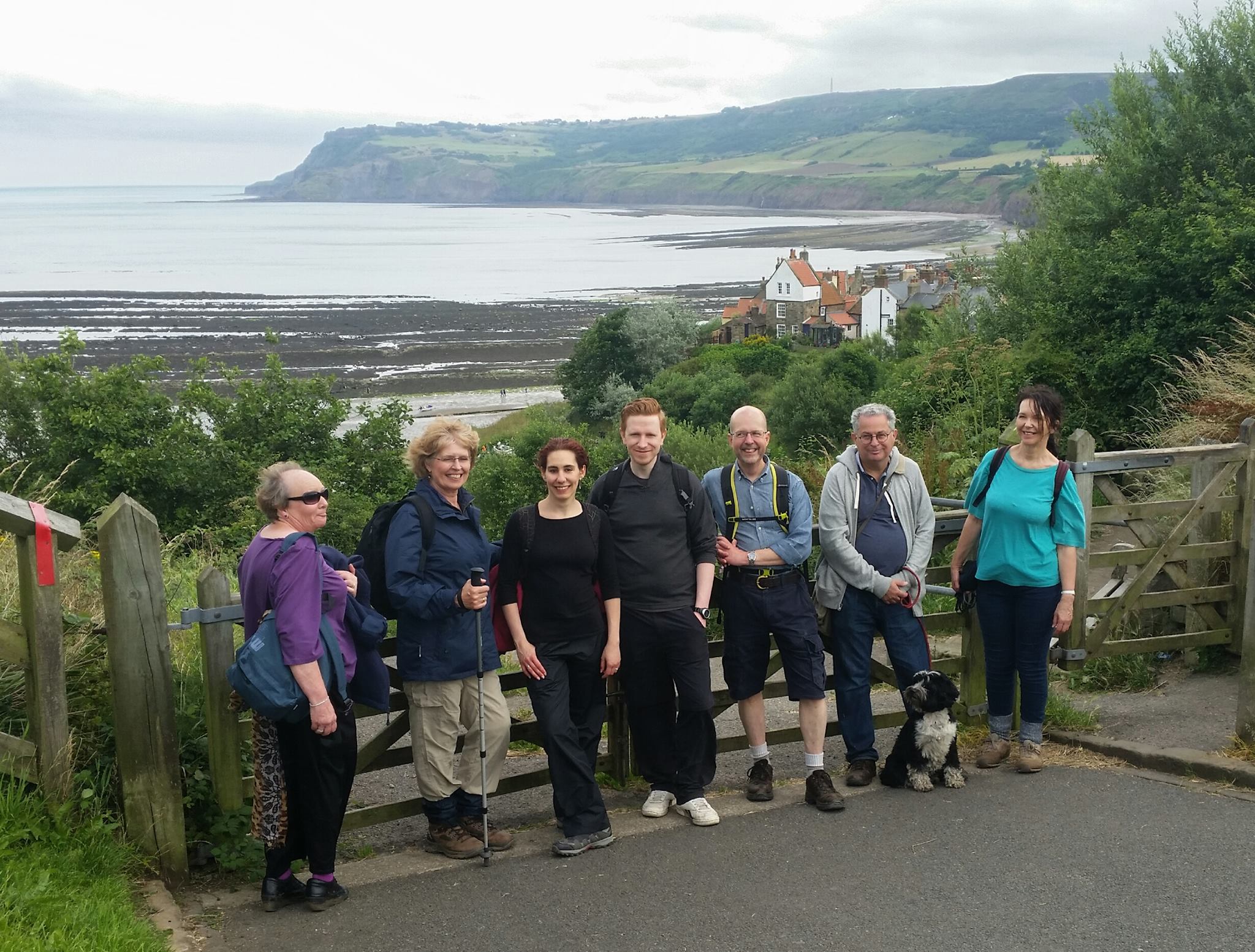 On Saturday 15 July, despite a somewhat alarming weather forecast, eight of us set out for a walk, organised by Caroline Hirst, along the magnificent coast around Robin Hood’s Bay. The walk had all the necessary ingredients: good company and conversation, wonderful views, a café half way round and a pub at the end! The forecast rain failed to materialise so we were able to concentrate on our conversations which ranged from techie stuff to morris dancing via esoteric French vocabulary, Brexit and the alum industry of this part of the coast. All in all, a lovely day out – thank you very much Caroline. 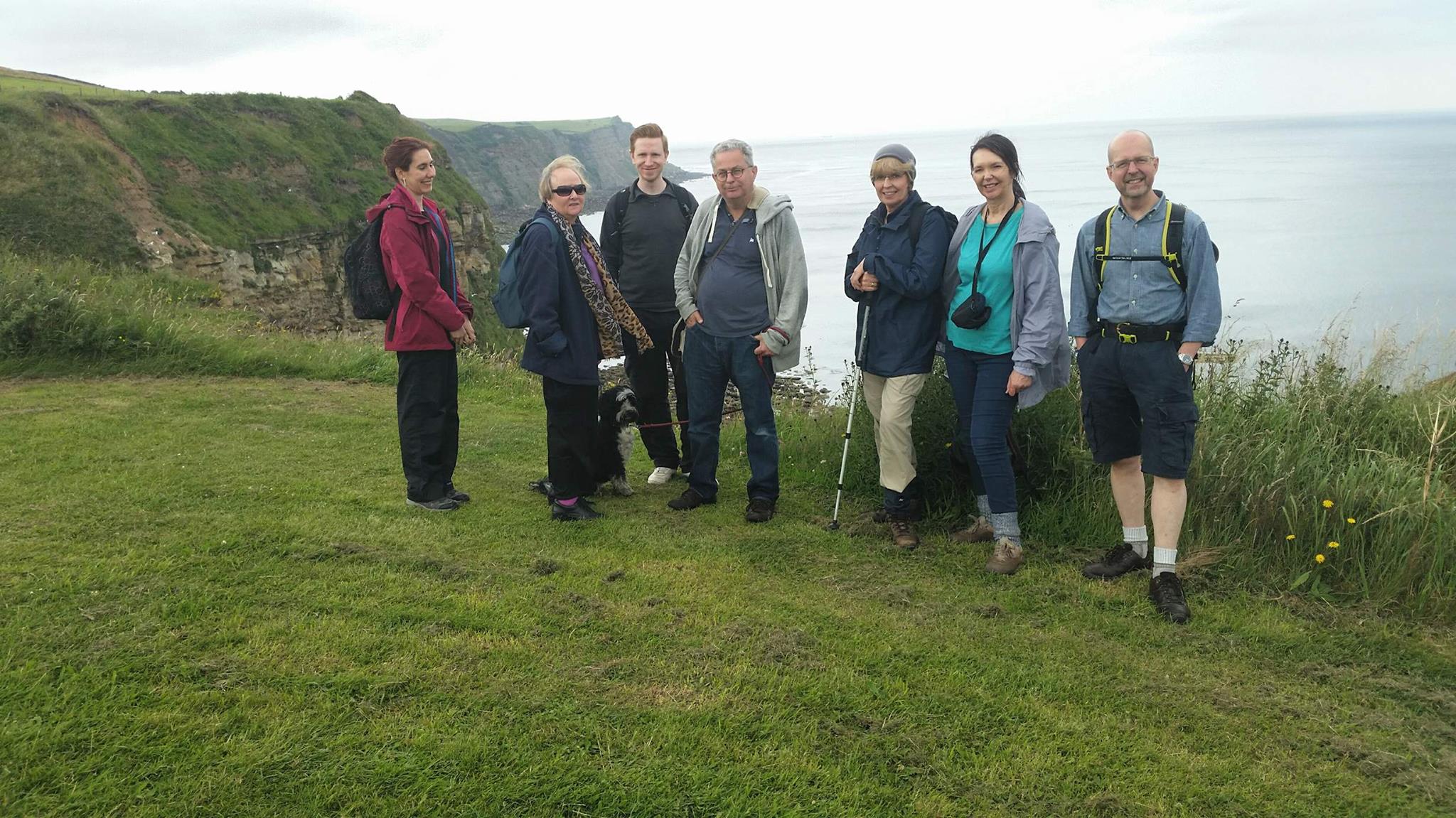 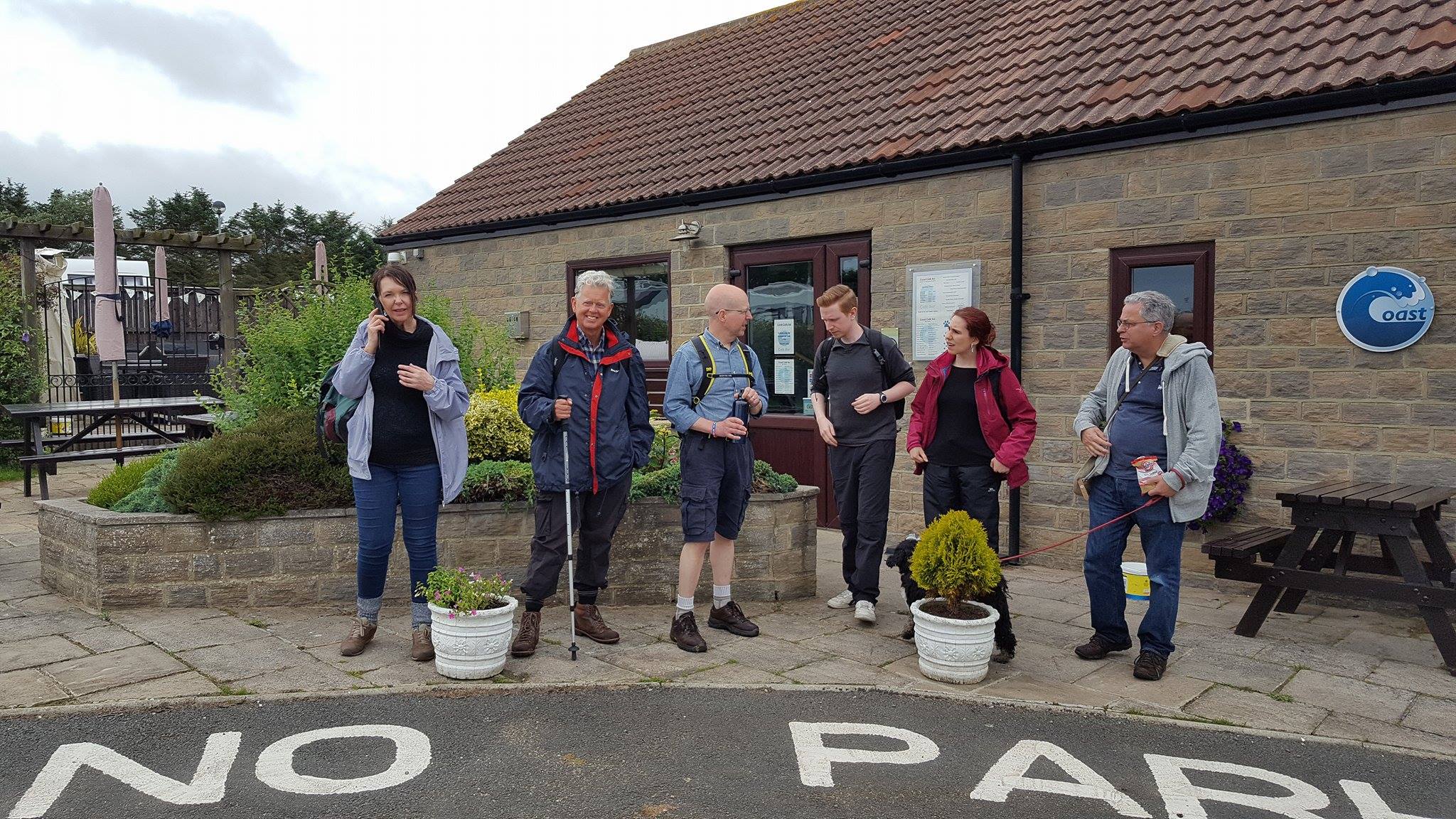 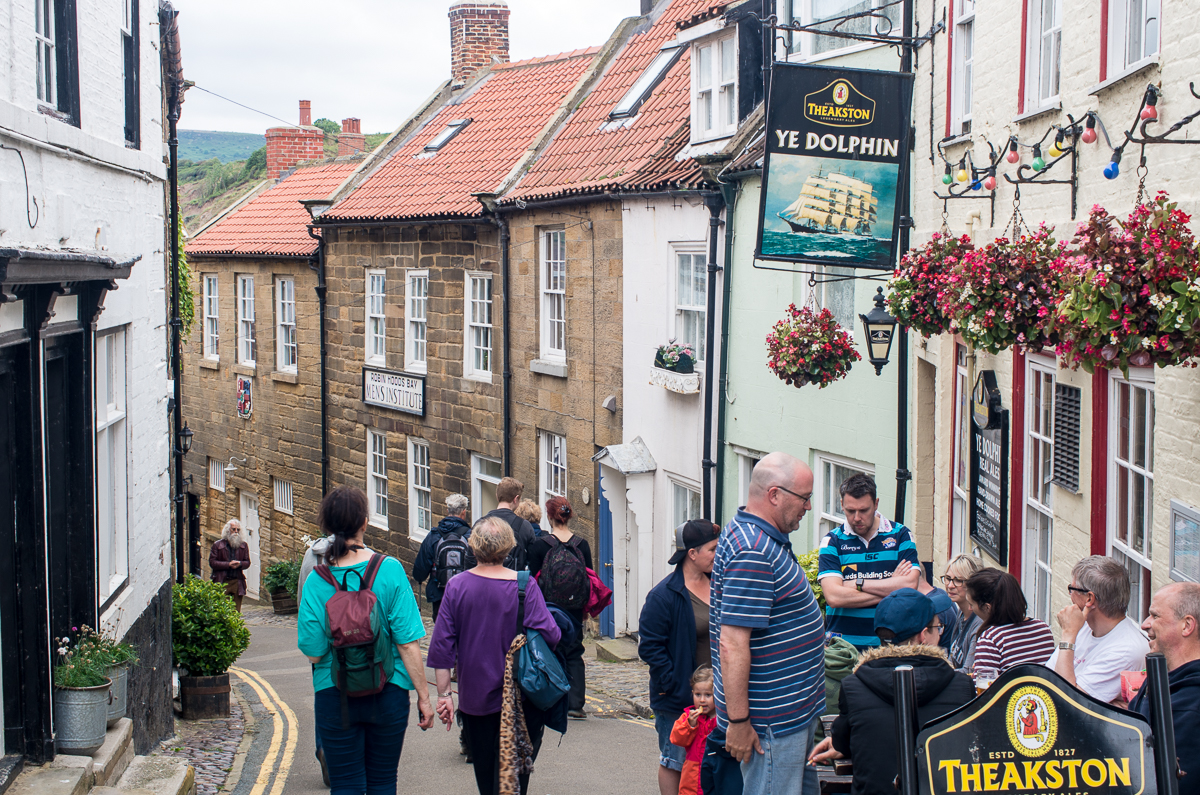 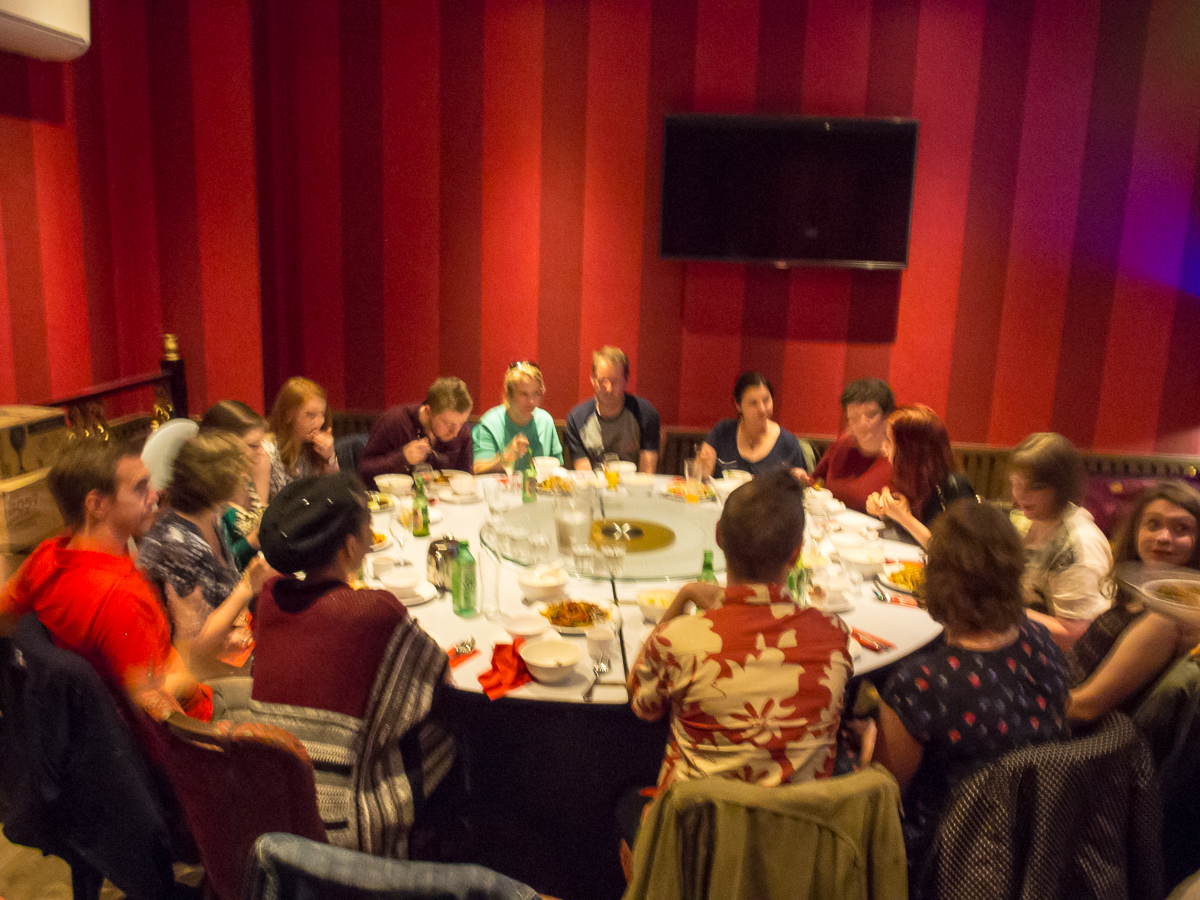 On Thursday 15 June (rearranged to avoid Sheffield’s Doc/Fest), a very respectable 16 YTI members, partners and friends met at China Red in central Sheffield. China Red was recommended by one of YTI’s Sheffield-based members and is billed as providing “authentic SzeChuan cuisine”.

This certainly seemed likely when we found on arrival that we were the only non-Chinese diners that evening and was borne out by the menu, which contained all sorts of interesting things including bits of a pig I have never eaten nor never want to eat!

There was nonetheless plenty of food on the menu which did appeal to the group, if the choice for vegetarians was a bit limited, and we soon tucked into a delicious meal of unusual dishes. What with the unusual nature of many of the options and the difficulty of communicating with some of the serving staff, I managed to completely misunderstand what my starter was and ate Angeles’ soup instead of my own similarly-named choice – oops! Fortunately, she didn’t go hungry, as the portions were enormous.

The evening was a great success, with lots of laughter and chat, and Paul and I would definitely return if Sheffield wasn’t such a long way away! Thank you Helen for the recommendation.