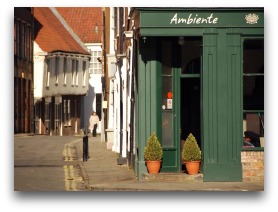 The appropriately-named Ambiente was the October venue for the monthly get-together of the YTI. Nineteen members and partners gathered at this tapas restaurant in Goodramgate, York, to enjoy an evening of food, wine and conviviality with the odd bit of networking thrown in. The food was superb with a constant succession of dishes whose tastiness and abundance would win over anyone who still thinks tapas are not a proper meal. The paella, when it came, was almost superfluous. And, of obvious interest to our profession, they could pronounce the food almost as well as they cooked it. Chorizo was announced with a proper ‘th’ in it, not the Italianised version you usually get, a little linguistic knowledge being a dangerous thing. 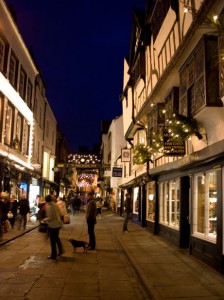 The evening was particularly well attended, showing that the YITI appears to be currently in a very healthy state. One would certainly have thought so from the buzz of conversation both between old friends and people meeting for the first time, until we were finally forced to tumble out into the night, the last customers to leave. Thanks to Charlotte for all the organisation – I don’t know what you call a group of translators and interpreters but they must be as difficult to herd as the proverbial cats!
Wendy Cross