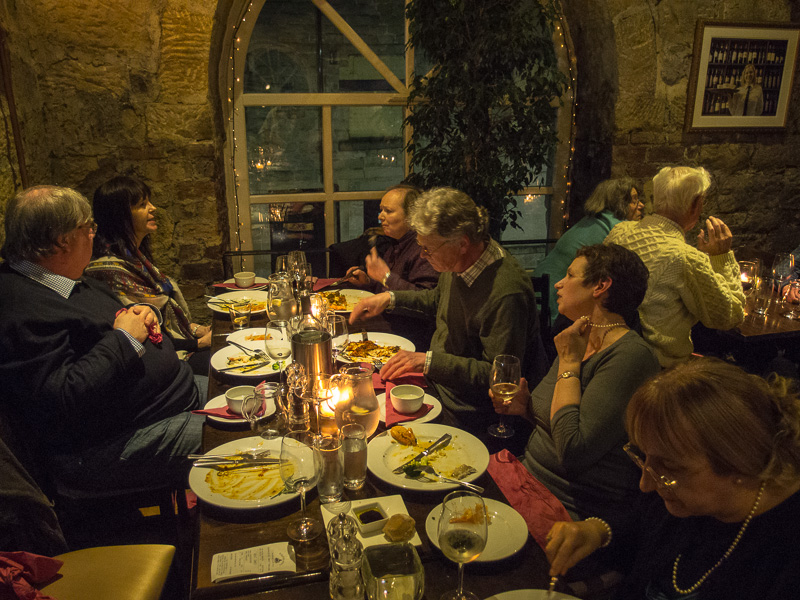 “A book of verses underneath the Bough, A Jug of Wine, a Loaf of Bread – and Thou Beside me singing in the Wilderness – Oh, Wilderness were Paradise enow!”

The summer 2012 survey of what YTI Members enjoyed in terms of monthly social events had shown that many Members shared the sentiments of Omar Khayyam by voting for joint evening meals during the week with an international flair as a firm favourite. The Committee therefore decided to make this year’s April social event such a meal and, having gone in recent years for joint meals with a French, Indian, Spanish, Turkish and Chinese flavour, it was decided that it was time to sample another of the world’s truly great cuisines and look for a really excellent Italian restaurant to try out in our Region. Soundings were taken and one recommendation to emerge was the “Buon Apps” restaurant in Otley and so it came about that a group of Members (and partners) met up here for evening dinner on Thursday 11th April.

The restaurant (which the vast majority of Members were visiting for the first time) is idyllically located in a converted Grade II listed former mill (in fact in what used to be the Engine House!) directly on the banks of the River Wharfe. Its owners, Alessandro and Elena Sofia, have managed to create a culinary jewel and all the Members attending were unanimous in agreeing that this had been one of the very finest Italian meals they had ever eaten (and exceeded by far very many of the meals eaten in Italy!) The menu was wide-ranging, stretching from pizza through to pappardelle pasta cooked with locally sourced venison, and all dishes were superbly cooked and served. The restaurant specialises in using locally sourced products as far as possible, such as beef from Yorkshire farms and fish caught off the British coast, and all dishes are home-cooked and freshly prepared. They also have an excellent choice of fish dishes and those in the party who went for these (hake and seabass) agreed that they had been delicious. There is also a good wine list and the bottle of Pinot Grigio-Veneto we ordered was cooled to perfection and equally delicious (as was the home-made tiramisu many could not resist ordering to round off what had been more of a feast than just a meal!)

In this very pleasant, relaxed and convivial atmosphere, conversation flowed readily and continuously (but WITHOUT (to the relief of many) any mention being made as to the particular merits of one CAT tool over another!) Topics covered included rates and how to adjust them, the threat posed by future developments in Machine Translation as well as summer holiday plans.

Networking with potentially directly positive outcomes in pecuniary terms also took place with email addresses being exchanged with the prospect of work to be shared or passed on (with one such potential job encompassing a possible 30,000 words, which should help boost the Member’s summer holiday fund quite nicely if it comes off! Good Luck with this!)

It was therefore with a feeling of reluctance that the time finally came to depart for home, but not before once again thanking our Joint Coordinator, Charlotte, for having found such a gem and having provided all of those attending with a culinary experience which they all agreed they would be repeating in the future as well! 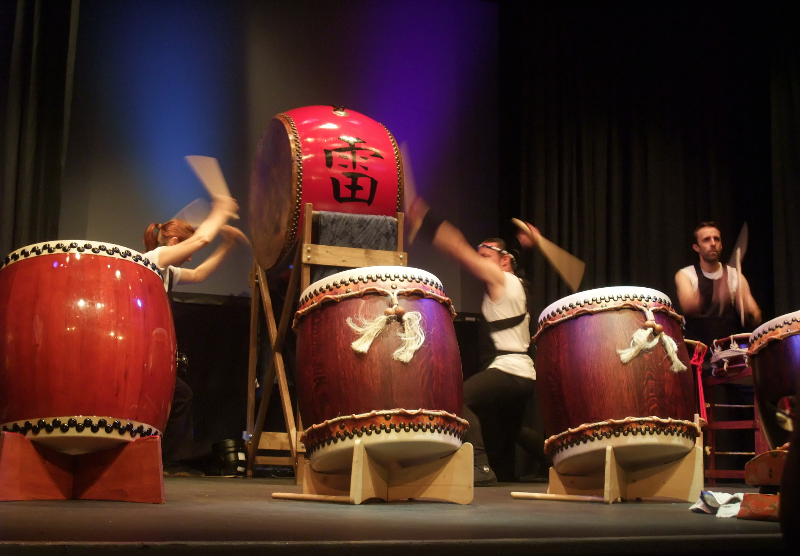