At Jacob’s Well, York, on a sunny day in early February. 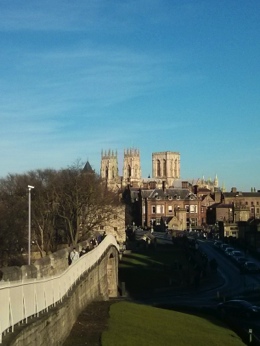 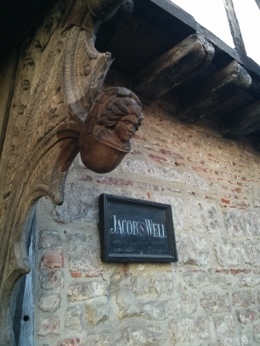 1. The first thing I learned is that Jacob’s Well is quite a special building, with a varied history – timber-framed and full of lovely old features, it was originally built in the 1400s as priest accommodation for Holy Trinity church, and became a pub for a couple of hundred years. It has now been carefully restored, and serves as a parish centre again. No-one knows where its name came from, which is exctly the sort of intriguing fact I think makes it a perfect venue for YTI events. According to the friendly caretaker who let us in, the beautifully-carved doorframe you can see in the photo arrived during the time Jacob’s Well was a pub, from another historic inn, The Wheatsheaf. The ladies’ faces projecting forwards into the street, which seem to judge your worthiness as a candidate for entry to the building, are the newest addition, the previous ladies having been knocked off their perch by a passing truck. There’s now a railing at the edge of the pavement to prevent a repeat assault on their dignity.

For more information about the restoration of Jacob’s Well, here is an interesting article: http://ihbc.org.uk/context_archive/33/jacob_dir/jacob_s.htm

(I realise that this isn’t anything to do with European cakes; I will rectify this oversight immediately!) 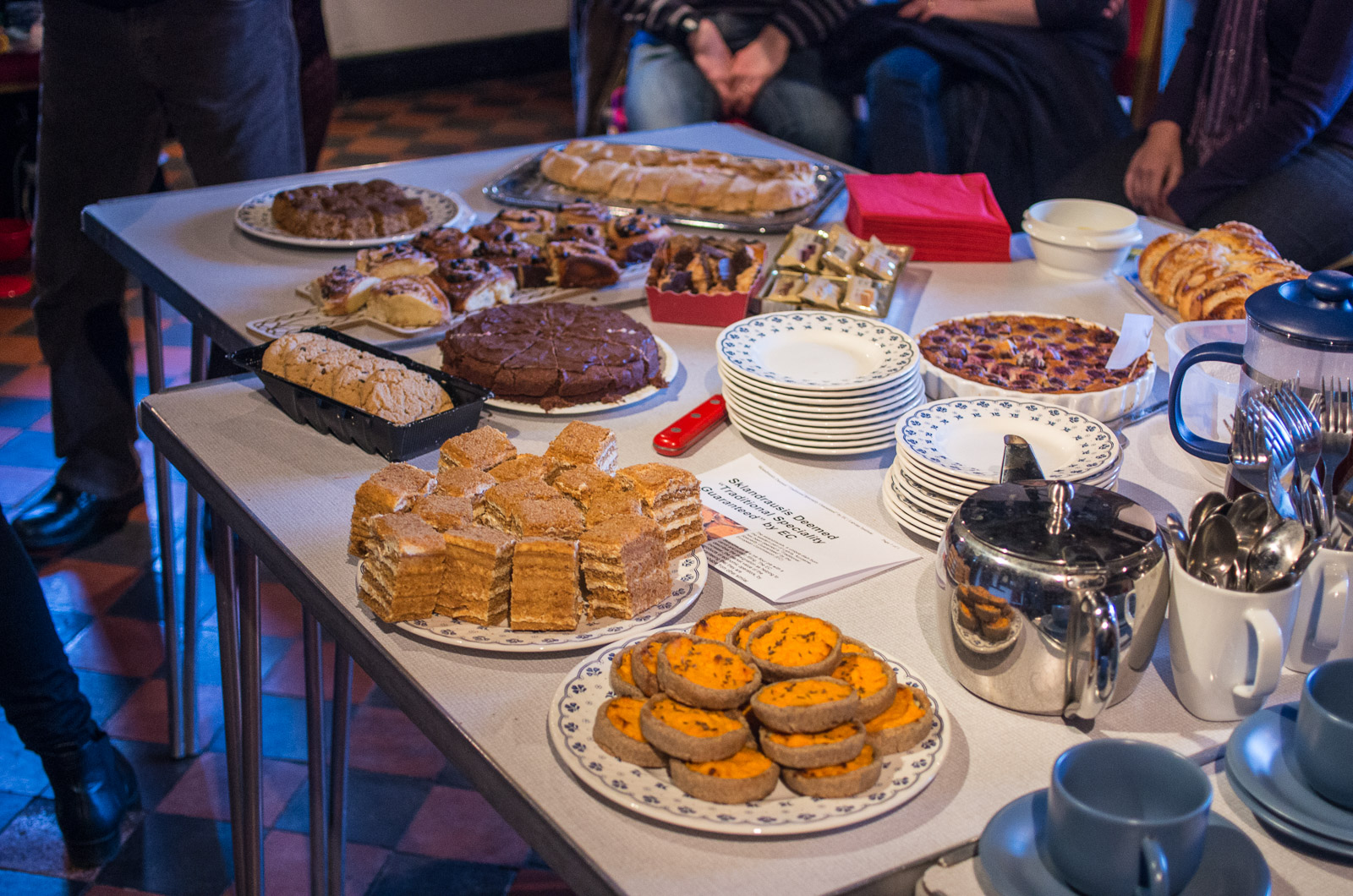 2. When we’d all arrived, and added our cakes to the frankly marvellous spread, we each introduced ourselves, and our cakes, to the group before tucking in. I very quickly discovered that the multi-layered cake towards the front and left of this photo, Latvian honey cake, is light, fluffy, moist and delightfully sweet – but not too sweet, thanks to its tangy cream cheese filling. It’s delicious! The vegetable tarts closest to the camera have EU protected status, are called Sklandrausis (yes I had to google this!) and are also delicious. A recipe is here: http://latvianeats.com/archives/174 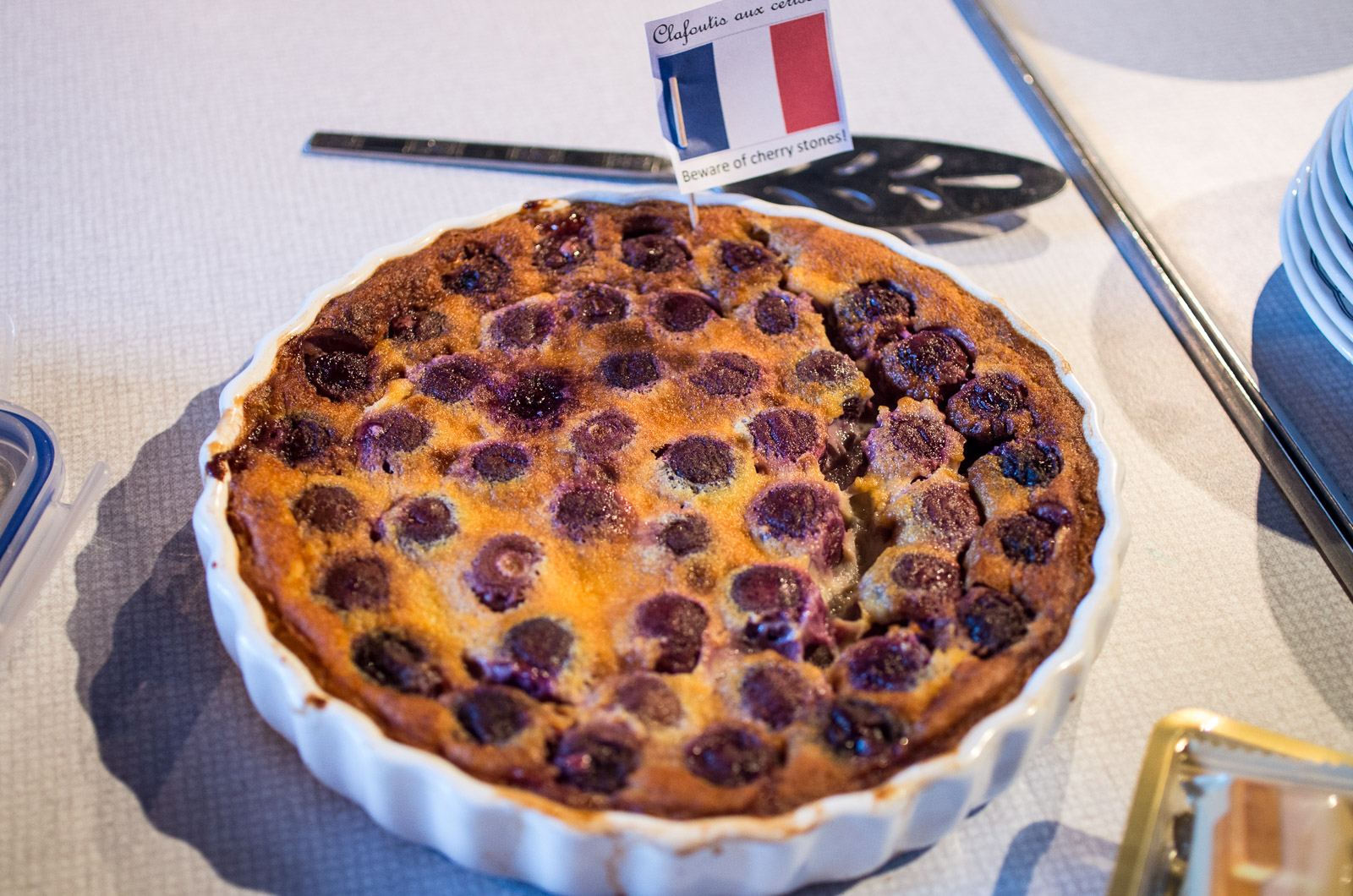 3. Next, I learned that a traditional clafoutis, the French baked dessert, is made with cherries with the stones still in – this adds something subtle to the flavour. As a side note, isn’t ‘clafoutis’ a fantastic word? My speculation is that it is onomatopoeia for the sound of dropping a dish of it on the floor, but I have no desire to test that theory out, it’s too delicious. More info here: http://en.wikipedia.org/wiki/Clafoutis or here (in French): http://fr.wikipedia.org/wiki/Clafoutis. You might be amused to know that the French Wikipedia article about clafoutis, but not the English one, has recommendations for the wine you should drink with it. We drank tea. 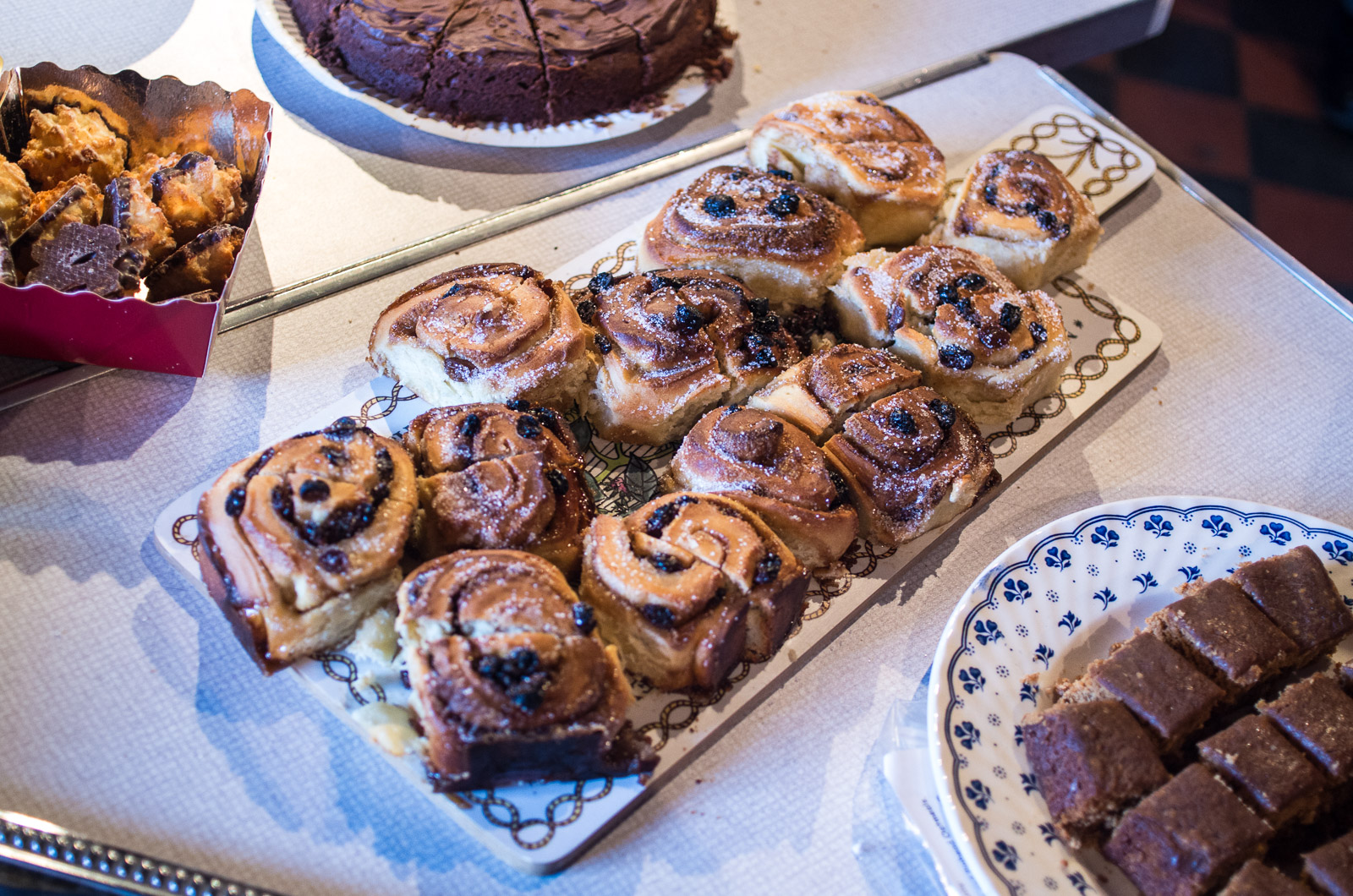 4. Perhaps I should be embarrassed to admit I didn’t know this before, but the fourth thing I learned was that Chelsea buns come fixed together, like Chelsea Pensioners, going through life side-by-side. Until we eat them, and that analogy falls apart. They are delicious, by the way, the buns.

5. Parkin, peeping from the corner of the previous photo, is a well-known Yorkshire delicacy containing oats and ginger, amongst other things. It’s perfect for teatime in winter. I was very surprised to learn that while lots of us had heard of it, many of us, including Brits, hadn’t tasted it! I made sure they did – it is delicious, after all. 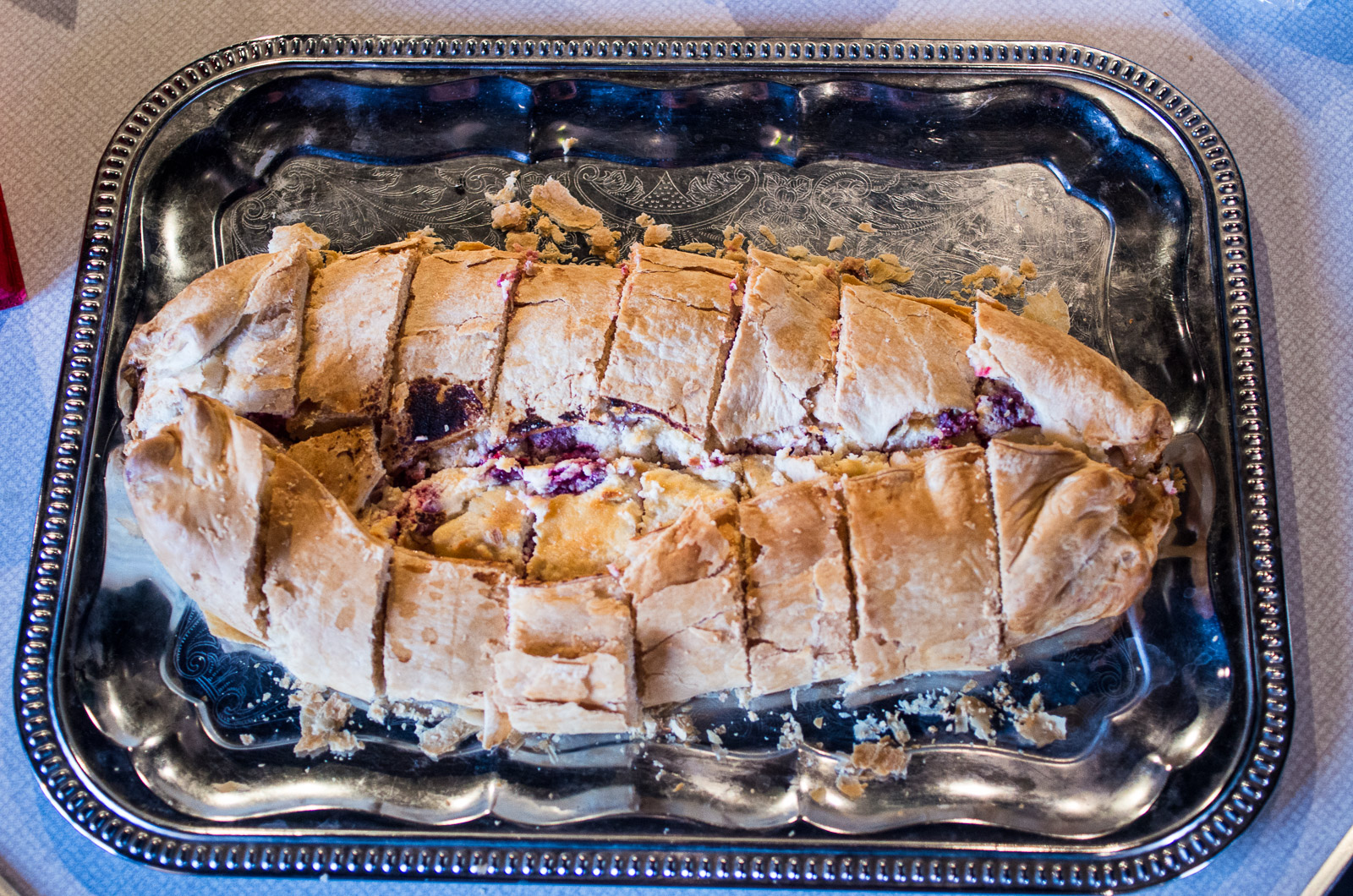 6. This superlative strudel originally hails from the Habsburg Empire, but it’s not the type of strudel that’s most famous in the UK, the apple. Strudel connoisseurs would already know the sixth thing I learned at YTI’s February social, which is that a raspberry and cream cheese strudel is delicious! I later learned that ‘strudel’ literally means ‘whirlpool’ in Middle High German. Thank you Wikipedia. http://en.wikipedia.org/wiki/Strudel

7. Kaiserschmarrn (I had to google this one too) are, wait for it… delicious! We didn’t get a photo of them but they are basically a caramelised pancake salad with loads of different bits and pieces of flavour, like rum, raisins, sugar and apple sauce. You can’t go wrong with caramelised pancake salad. There’s a great-looking recipe here: http://www.austria.info/us/food-and-wine-in-austria/kaiserschmarrn-1203648.html

8. Lastly, I emulated my auntie Barbara and headed for the kitchen to make myself useful. Consensus was reached that translators have a temperament suited to tidying and washing up, because it involves creating order out of cake-crumb chaos. Some of us even have an idiosyncratic system for drying two dishes at once, believe it or not! You’ll have to make sure you’re part of the washing-up team next time to learn it. The kitchen is also a good place to find out what the plan for the next YTI social is…