On the afternoon of Saturday, 12 September 2015, 13 of us braved the pelting rain and cool temperatures to meet at the Boulodrome at the Pier Head in the centre of Harrogate to learn all about the French game Boules, or Pétanque as some might call it. The Boulodrome is an installation with 2 terrains consisting of 2 pistes each that is open to the public and I was quite surprised to find such a thing right in the middle of a British town. I would have imagined it to be somewhere more hidden in a club that is for members only. The site was originally a Victorian viewing gallery forming part of the ornamental gardens laid out at the top of Montpellier Hill and the Pier Head actually forms the roof of public toilets which were decommissioned over 20 years ago, as the website of the Harrogate Montpellier Pétanque Club tells me. 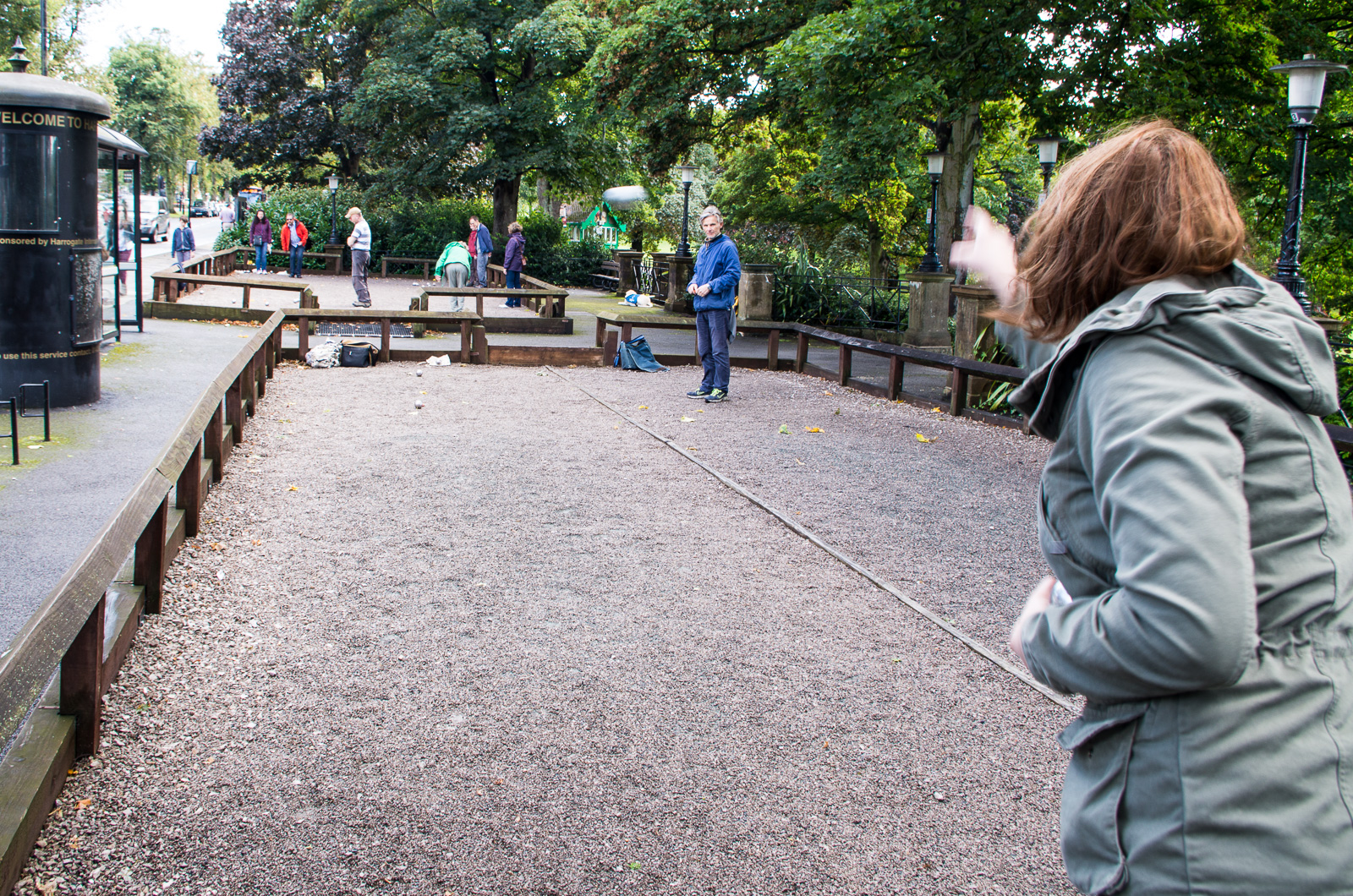 Two members of the Club outlined the rules to us and then we set off to learn it all by doing. We were divided in three groups of four people to try out our newly acquired knowledge and luckily the rain clouds made way for some lovely autumn sunshine. Within each group, we played against each other in pairs or threes.  Nigel, one of the club members, joined my group, and it was great to learn first-hand from an already experienced person – although, to my shame, I then lost every game, even the one where I teamed up with Nigel. In the latter we were leading all the time by a huge margin and just needed one more point to win but in the end we were overtaken by our competitors who then took all the fame. Nevertheless, this surely did not spoil any of the fun I had and every one of us seemed to hugely enjoy themselves. 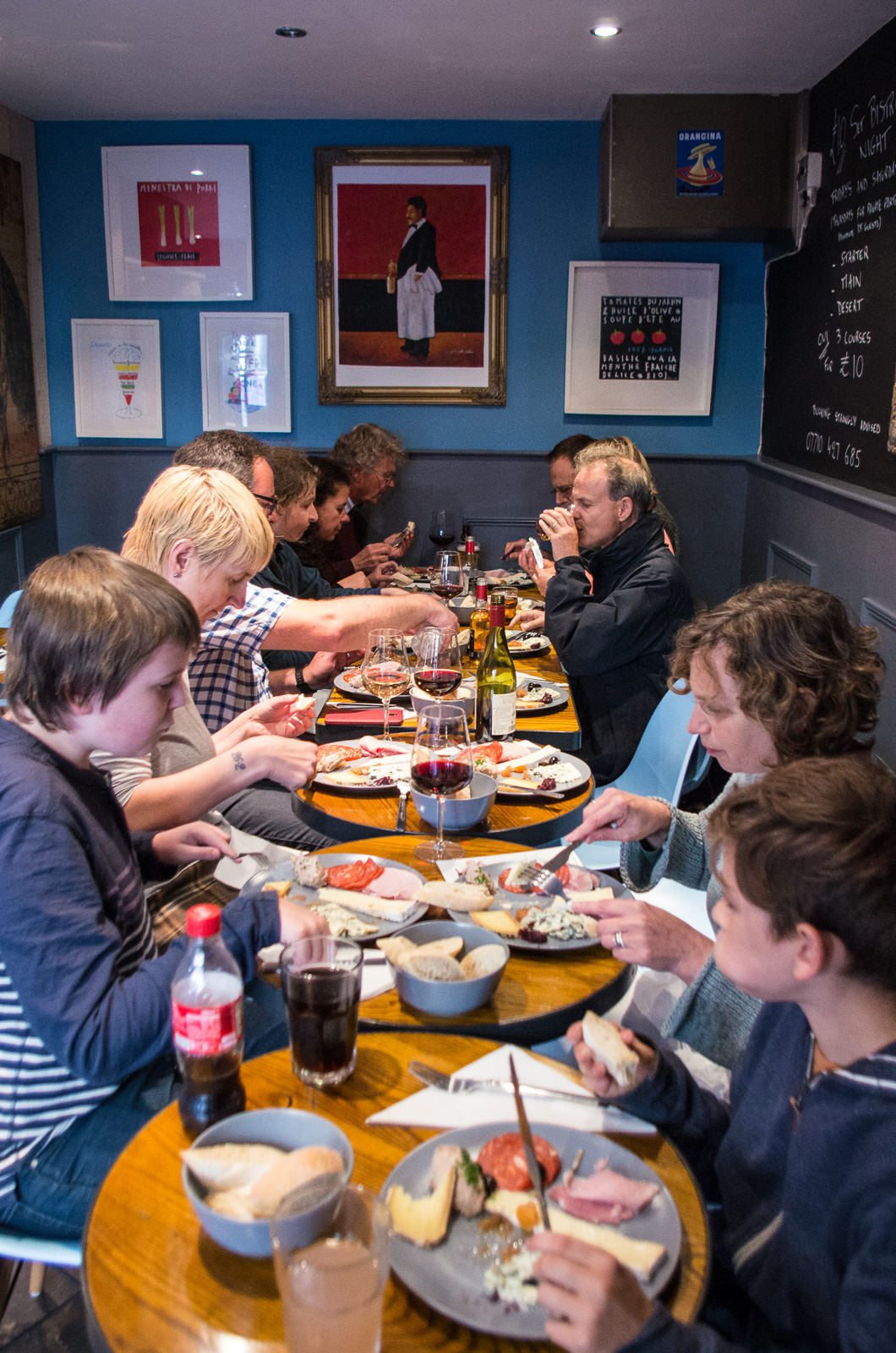 After two hours we retreated to the nearby French bistro Zinc where Olivier, the owner, had prepared for us the French equivalent of a Ploughman´s lunch with baguette, cold meats and cheeses which was rounded off with some yummy French cakes. The food was delicious and I think we all had worked up a good appetite after all this exercise in fresh air making the food taste even better. As always, this was also a good opportunity to chat with fellow translators and to get to know each other better. I always enjoy these occasions as during the discussions I have with others I always find that they have made the same or similar experiences in their life as translators than I and it is good to know that I am not alone. This is particularly valuable as translation on a freelance basis can be quite a lonely profession.

All in all, it was a lovely and relaxed French-themed afternoon where even the weather gods meant well in the end.