Planning to venture over the North York Moors in the middle of December is always a bit touch-and-go for me in case there is a risk of snow. However, this year winter has been fairly mild. It was nevertheless on a cold and very wet 12th of December that the Yorkshire Translators met once again for a warm and friendly Christmas lunch in York at Reina (http://www.reinarestaurant.co.uk/), a Turkish restaurant down by the river. 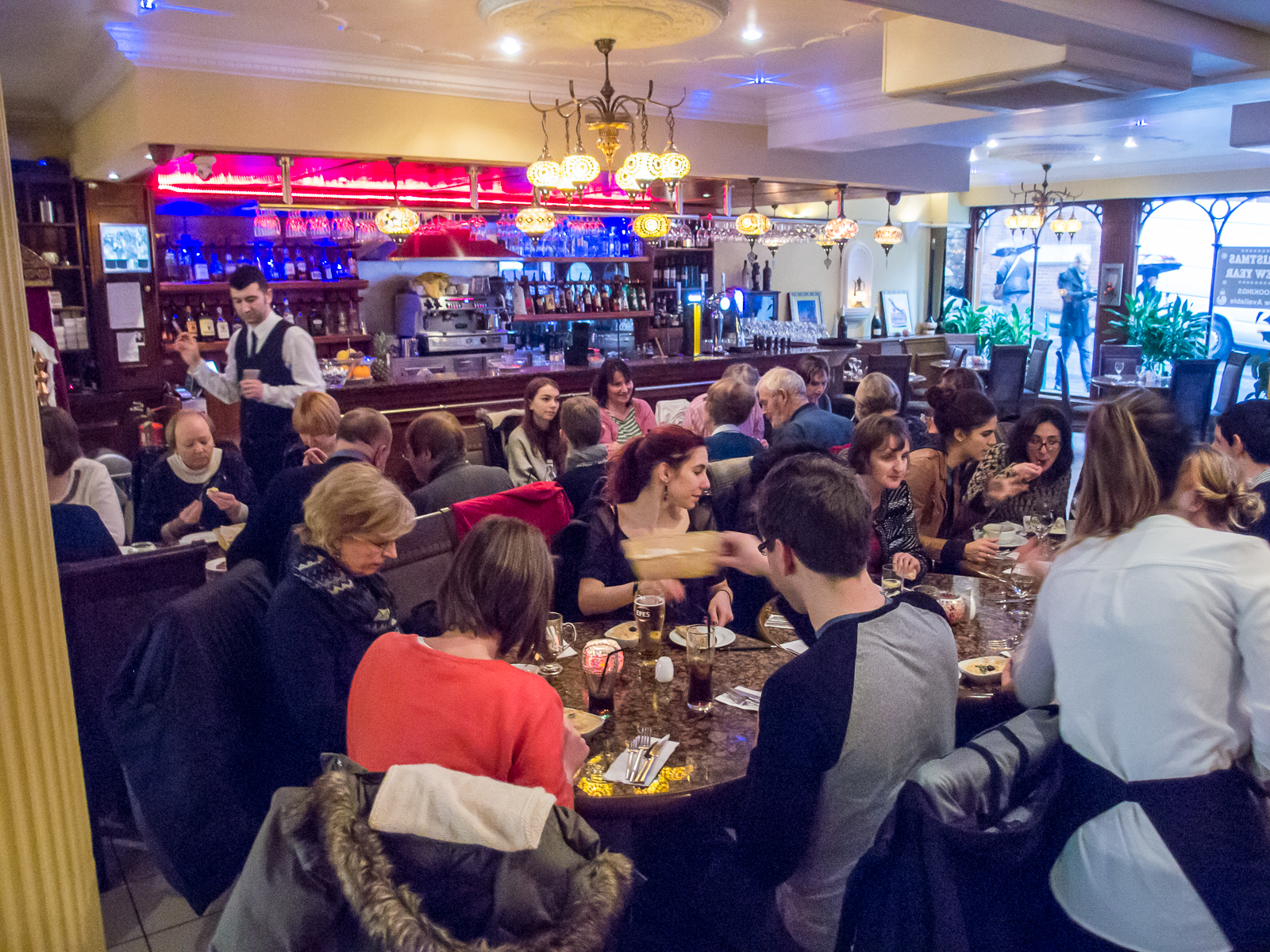 The lunch was very well-attended with 34 translators (and friends) working into and from a wide range of languages coming from all parts of Yorkshire. These social events are always very enjoyable because they give the opportunity to get to know different people a little better and sometimes to discover common interests. 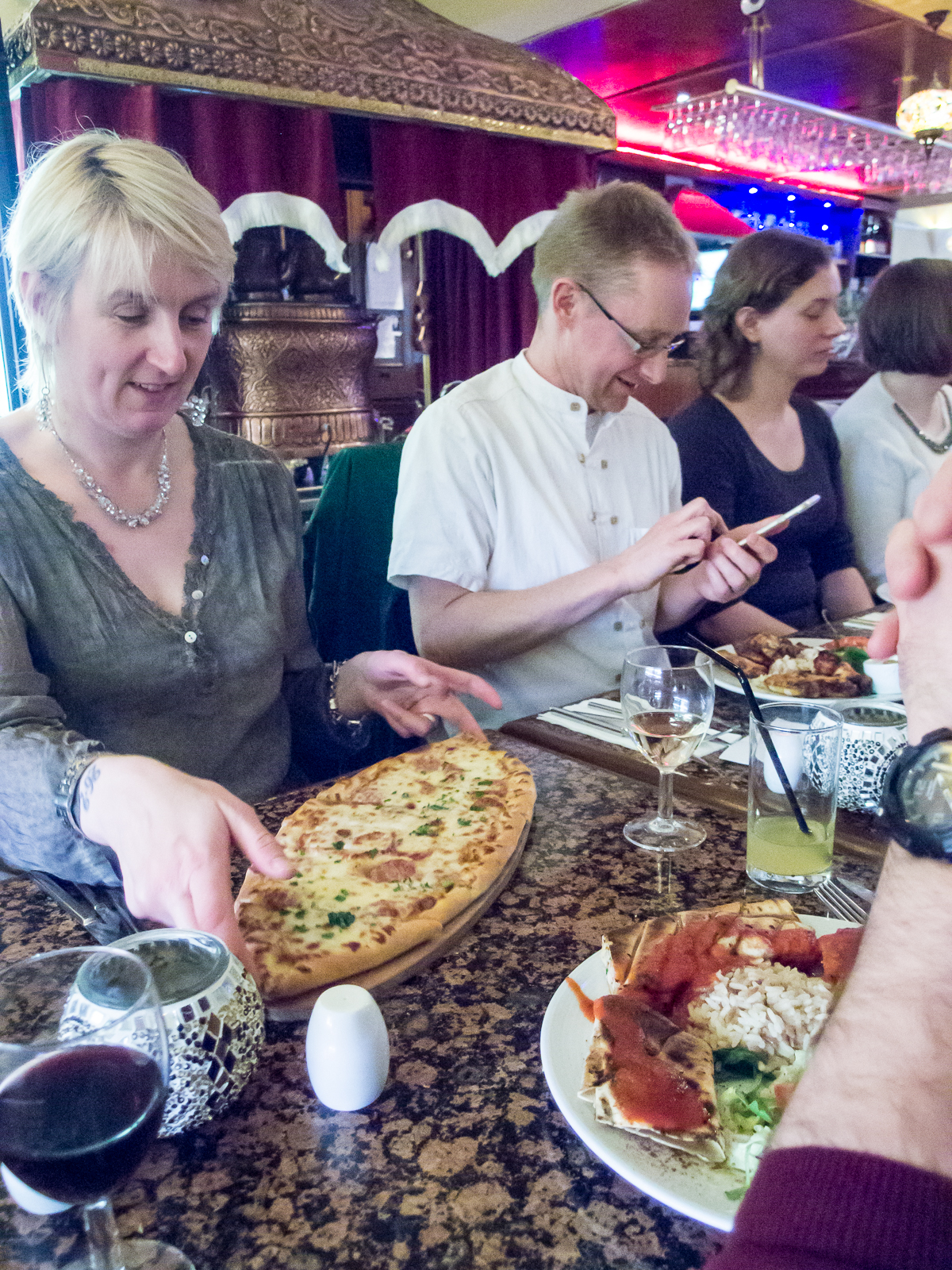 The delicious food made a nice escape from the rain outside and conversations around the table were enthusiastic and animated. Thanks very much to Charlotte and Paul, YTI Coordinators, for organising this lovely annual lunch to start the festivities of the Christmas period.

Another successful joint YTI & ITI NERG translation workshop was held on 21st November. This year it was the turn of YTI to host the event, which was held at the Priory Street Centre, York with the theme of sports. 37 participants had braved the adverse weather of a seasonal cold snap.

The afternoon started with an optional cold buffet lunch, a nice moment for getting to know new faces, catching up with news and exchanging views before splitting into language pairs and knuckling down to what it said on the tin: ‘From sports copy to sportswear, from walk descriptions to patents about ski boots, … something for everyone’. 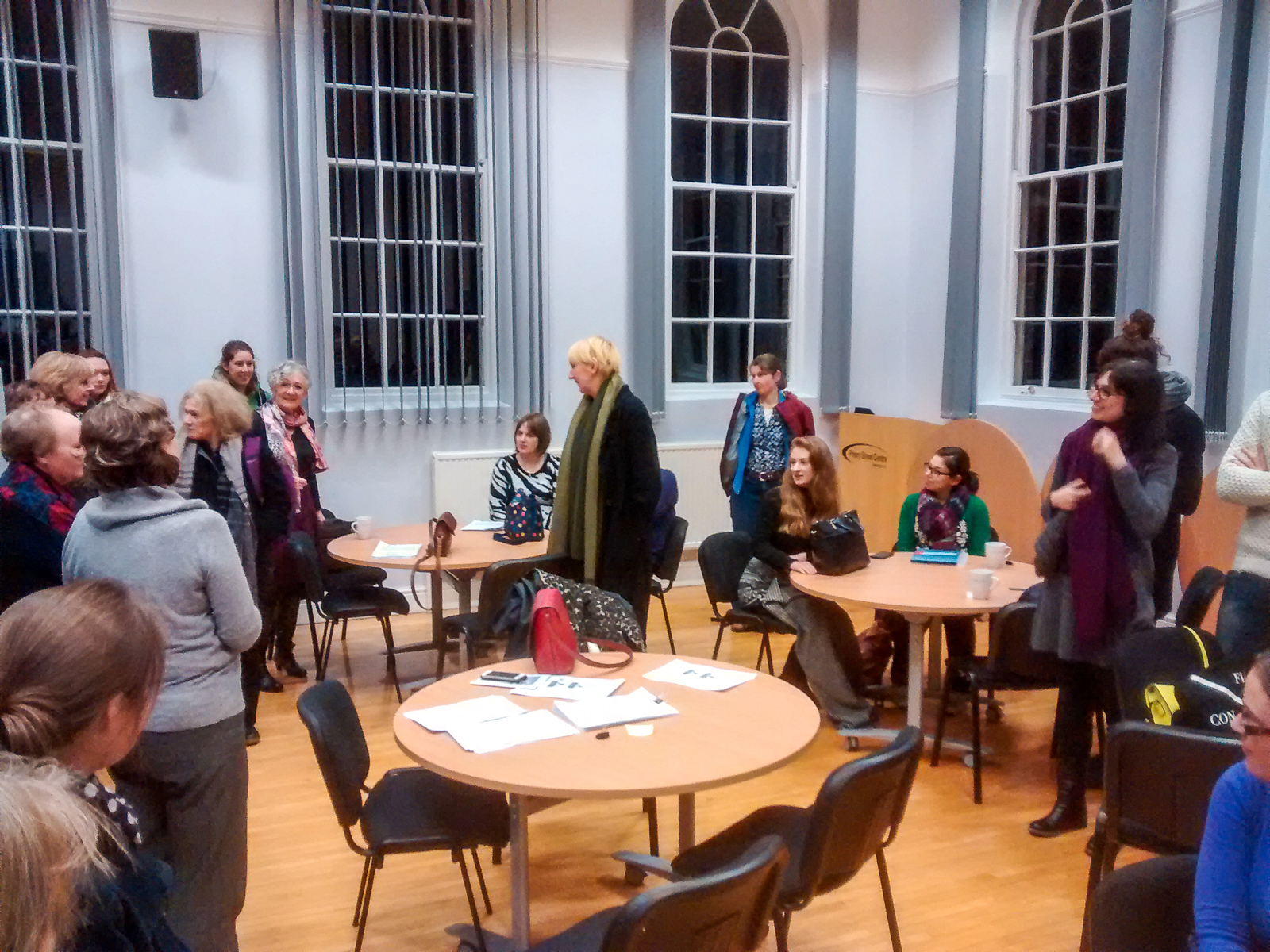 The afternoon was split into two sessions with a comfort break in the middle. The texts had been carefully selected and distributed to the various groups. They were challenging, engaging and interesting. The lexicon was of course specialised – for example technical, medical, and the style ranged from officialese to ‘manualese’.

Identifying the difficulties and quirks in a group was rather a luxury when the work of a translator often feels like a solitary crossing of the Atlantic on a time trial.

Some may have felt that since time was limited identifying the issues was all that could be afforded. This was certainly the case for the ES-EN group when tackling a text detailing how Basque Pelota “racquets” are constructed, which required considerable background research. As Catherine Gilsenan reports, “the first thing we noticed was the strange noun, Xare , (sare or xare meaning “net” in Basque). In the photos within the text it seemed like a cross between a lacrosse stick and a tennis racquet, but the latticework is made of string, and it is strung in a very specific way. As such, further research would have to be carried out to investigate specialist vocabulary used both in the construction of tennis and lacrosse racquets, and in different types of knot used. The “sidewalls” in the case of the xare were made of a pliable type of wicker which folded back on itself and was fixed together. Difficulty also arose in finding equivalents for how the two ends were fixed together (e.g. nail, bolt, screw, rivet, etc.). Care would have to be taken to determine the correct word in English.

We found that the toughest challenge was trying to find an equivalent for the term “estribo”, which in Spanish can be a loop, or stirrup, but which in this case was used to describe a sort of a “holding loop” to hold components in place during the fixing process. We did not have enough time to do the research that would have been required if we had had to translate this text professionally. It was a fascinating text, however.” And quite different from the other text tackled by that group, which was a press release about Cristiano Ronaldo (from Real Madrid) who was teaming up with the owner of Valencia in the use of image rights. As Catherine again points out, this also required a surprising amount of background knowledge, “for instance Ronaldo was referred to not only by name but also as “el 7 blanco” (7 being the number of his shirt, and “blanco” – white – being the colour of the team shirt), and “CR7” (Cristiano Ronaldo – number 7).” For both texts, the group benefitted greatly from the presence of Spanish native speakers!

In some cases, the wisdom of the translators who had provided the text and crossed the finishing line proved useful. In particular, after the event Giorgia Garavini very kindly offered a complete written post-mortem of the exercise-related text she had submitted for the out-of-English groups.