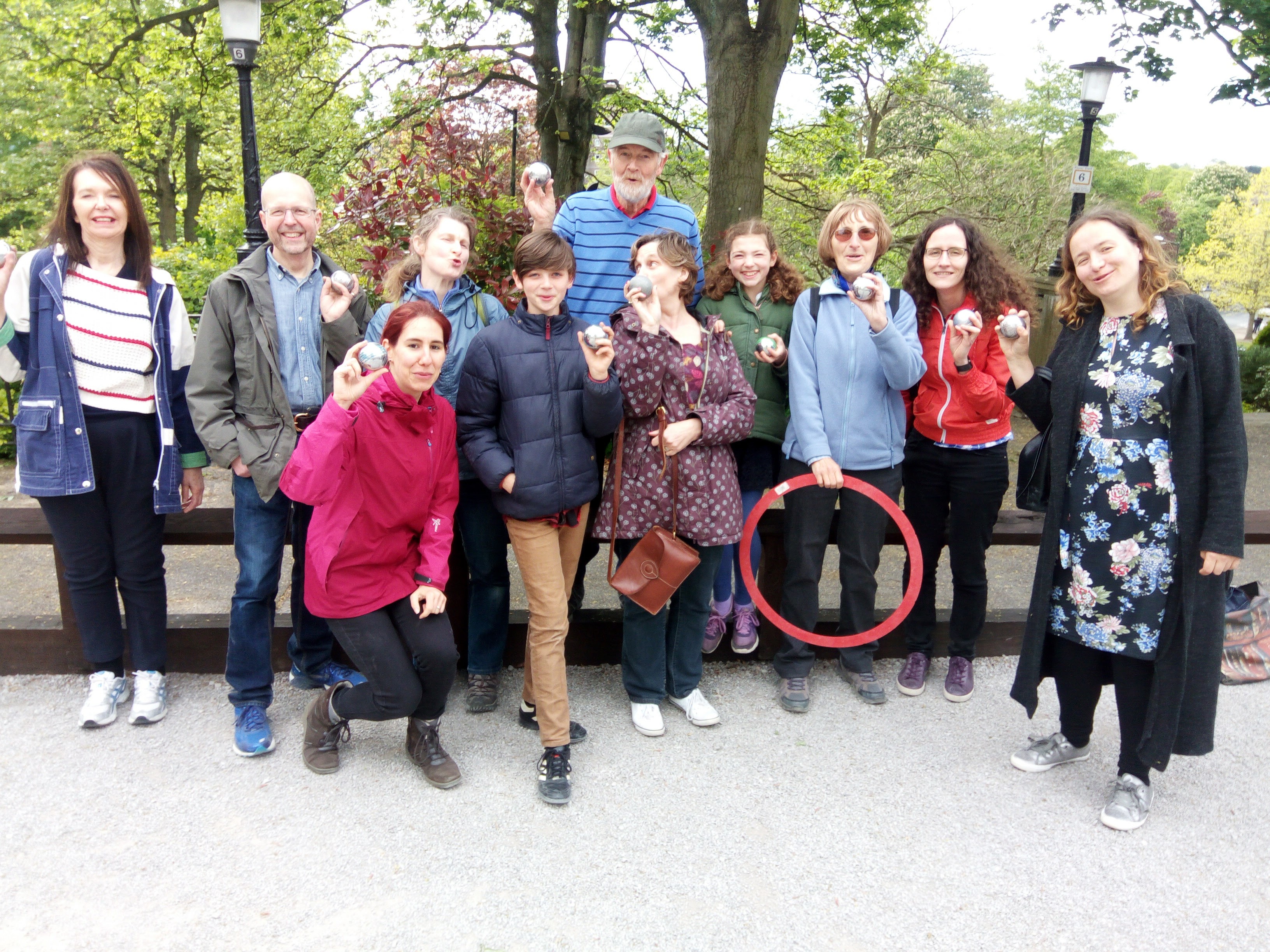 On Saturday 13th May, YTI’s monthly social was a tad more dangerous than usual as we were made to (happily) throw metal balls around – well, more like in line, but that was not always doable. We spent about two hours playing balls, or rather boules – yes, it is a game coming from the French, as far back as the Middle Ages when they then used clay balls. In this game, you have to throw your boules, of about 600 to 700g each, to the closest position possible to the jack (unless you didn’t want your team to win.) Winning requires precision but also some mild aggressiveness. Because if you don’t manage to throw your ball close enough to the jack (“pointing”) but an opponent does, you have the option not to “point” but to “shoot” your ball on the opponent’s one to divert it. This is the essence of pétanque with the mythical phrase Tu tires ou tu pointes ? (“are you shooting or pointing?”) from one of Marcel Pagnol’s most famous films. We indeed soon discovered (some quicker than others) the sheer joy of managing to push an opponent’s boule which is standing too close to the jack. Or should I say coche, as the jack was introduced to us with this name by the members of the Harrogate Montpellier Pétanque Club (HMPC). As they explain on their website: “Coche is an English abbreviation of cochonnet (literally “piglet”). Use the expression in France and they’ll be very confused – coche has several meanings, including stagecoach, but none of them mean Jack.” 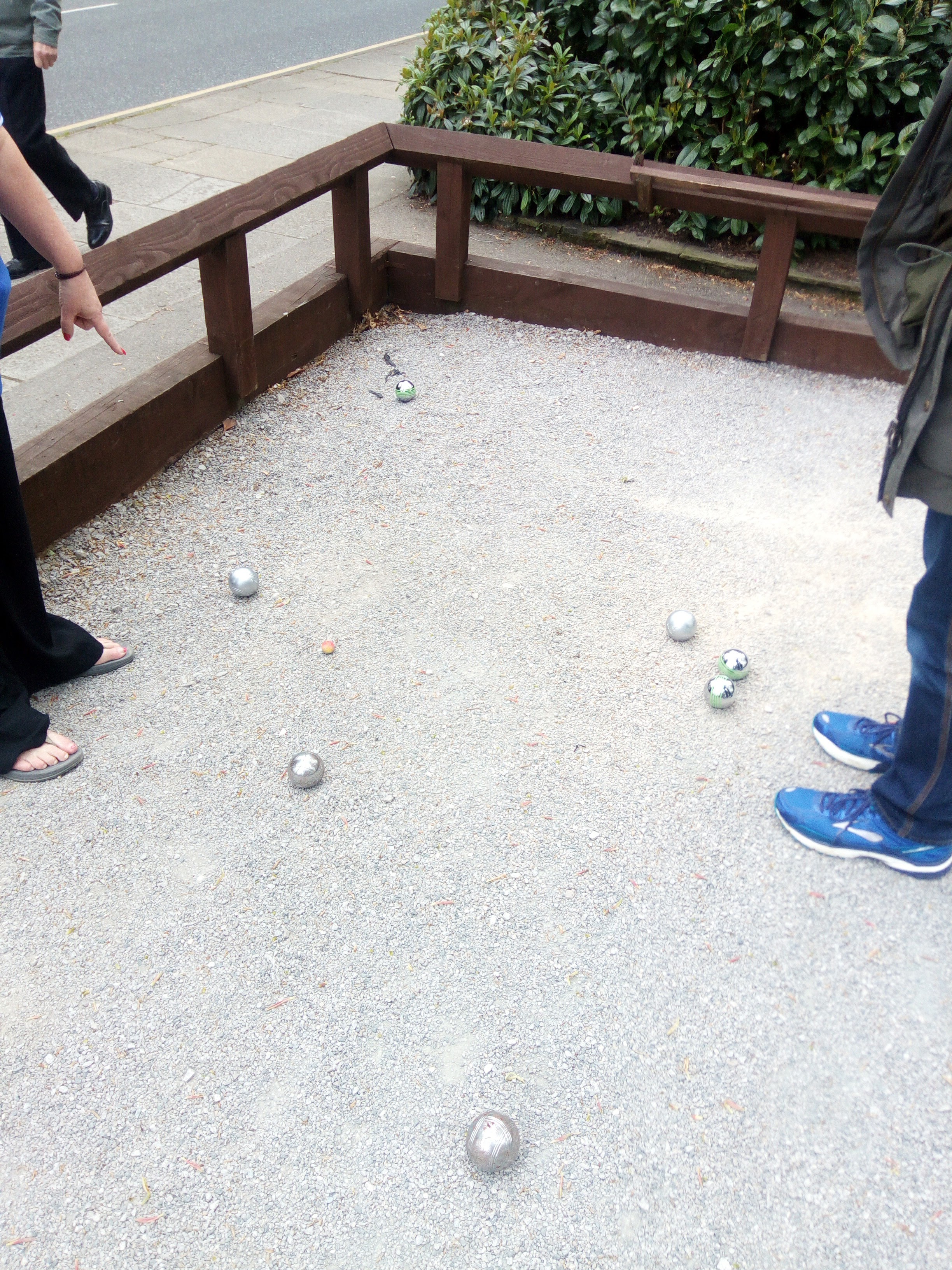 This website (http://harrogatempc.org) proves to be very informative, especially for Francophiles who would wish to play pétanque using proper French phrases such as:

I have also discovered many more expressions and customs related to the game, notably what happens when you get beaten 13-0. As the HMPC puts it, it’s called “being F*nnied, which is a little rude for Harrogate”. I will let more curious readers find out for themselves what F*nny refers to in that case – for French people who are not connoisseurs of pétanque, it only refers to a female first name and I would never have guessed what surprising custom that word hid!

Testimony of a participating boule:
“I have really enjoyed myself for two hours, even though I realised quite quickly that the person I had been paired with had never played before… That meant I ended up being thrown in all sorts of directions, even once out of the pitch! But all in all, I had quite some fun listening to the YTI members’ random conversations, there was a good atmosphere and they were a friendly bunch.”